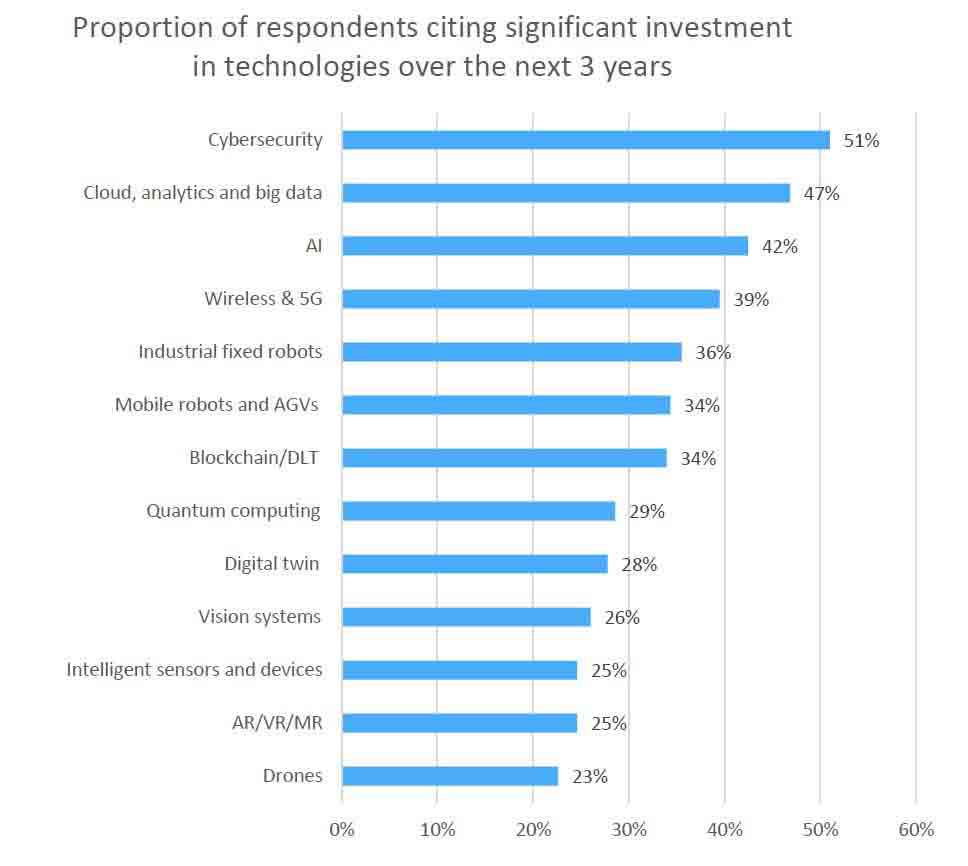 Yokogawa Electric Corporation, today (September 27) revealed the results of a global end-user survey on the outlook for industrial autonomy, which shows that 64% of respondents from companies in process industries are anticipating fully autonomous operations by 2030.

The  “Global End-user Survey on the Outlook for Industrial Autonomy” survey provides an in-depth view of future trends in automation and autonomy, business priorities, and technologies being deployed in key process industries including oil and gas, pharmaceuticals, chemicals, petrochemicals, and power generation, Yokogawa said in a statement.

The survey was conducted on behalf of Yokogawa by research company Omdia among 504 decision-makers in process industry companies between June and July 2020.

Cybersecurity (51%), cloud, analytics, and big data (47%), and artificial intelligence (42%) are three key areas in which companies are planning significant investment over the next three years. These will enable organizations to make better decisions across a greater span of control, the survey revealed.

Covid-19 has put the brakes on economic growth in 2020 but will be a catalyst for the medium- to long-term growth of industrial autonomy.

Covid-19 has arguably presented a great impetus for industrial autonomy moving forward. A higher priority is now being placed on the ability to continue running operations without workers needing to be present. A majority of respondents are expecting to increase their investment in autonomous operations as a direct result of Covid-19.

Respondents were also asked to rank the top four applications in which they were directing investment as a result of the Covid-19 pandemic. Unsurprisingly, remote operations and remote servicing came out as two of the key applications for which priorities have increased, with a respective 36% and 30% of participants selecting them. The ability to conduct work without the need for workers to be present in a hazardous environment provides significant safety and cost benefits.

The survey also uncovered significant differences across industries in post-Covid-19 investment priorities. For example, compared with other industries, conventional power generation and chemical/petrochemical participants placed a greater focus on investments in worker safety.

The survey revealed regional differences in investment in new technologies and the push to industrial autonomy. Relative to other regions, Asia-Pacific is the most engaged in the shift to industrial autonomy. The survey found that the proportion of companies in Asia-Pacific that are prioritizing investment in autonomous systems for operations is 18% higher than the second-ranked region. This is a key statistic and shows that funding is being directed into autonomous operations in the region. Seventy-one percent of respondents in Asia-Pacific felt that they would attain fully autonomous operations in ten years' time, compared with just 58% in North America and 56% in Western Europe.

"From this research study, we have confirmed our perception that the shift from industrial automation to industrial autonomy, which we call IA2IA, is going to gain momentum over the next decade. As COVID-19 will accelerate this trend, and companies' interest in introducing related technologies continues to be strong, Yokogawa can support customers in strengthening their competitiveness step by step based upon our roadmap to autonomous operations,” said Tsuyoshi Abe, senior vice president and head of the Marketing Headquarters at Yokogawa.

Yokogawa believes the digital transformation of companies’ manufacturing and production operations will lead towards autonomous operations; the results of the survey demonstrate that companies are prioritizing and investing in the technologies of tomorrow in order to make this a reality. --TradeArabia News Service