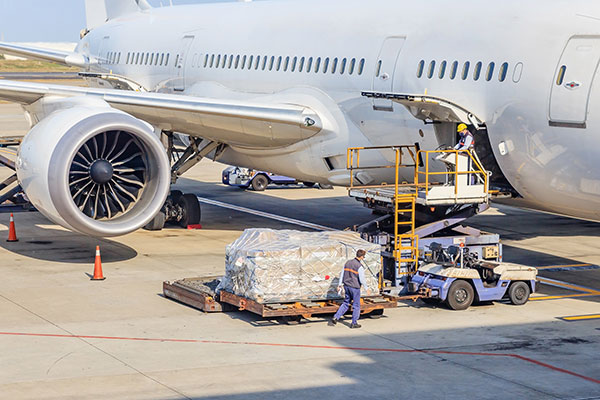 Preliminary figures for the first half of September indicate that volume remains at -17% YoY. Taking a first look at yields in this period, they look stable so far at $2.83, the same as in August.

In February, the YoY capacity figures were perfectly normal, but since then the figures changed dramatically: in June, Available Ton Kilometres were down by 45% YoY, whilst in August, this figure still stood at -39%.

In all origin regions, average monthly yields/rates (in USD) were highest in the month of May, and came down gradually since then: a true rollercoaster in most origin regions (we show the average yields/rates in USD for Feb/May/Aug respectively:

In the top-10 markets, the highest average monthly rate/yield stood at $9.81 (May; China South East – USA Pacific States). In five of these top-10 markets, yields/rates in August were half of what they were in May. Hong Kong had clearly lower yields/rates than China in May, but its yields/rates fell by much less than 50% from May to August.

Of the Top-40 markets in the world in 2019, nine grew in 2020, in spite of the pandemic (China East – USA Midwest increased its volume by 30% YoY), whilst six markets dropped from the Top-40. In other words, no revolutionary changes in the market order. But the Top-100 markets as a group certainly improved their position, as they lost much less volume than the smaller markets. Thirty markets of the Top-100 grew in 2020, 11 from Hong Kong and 9 from different parts of China.

Special cargo did much better than general cargo in terms of volume (-16% resp. -25% YoY), but the yield/rate change was most telling in general cargo, partly as a consequence of the many charter and PPE flights recorded under general cargo.

For the first time, yields/rates for general cargo topped those for special cargo as a group:

Charters were important in this period: whilst volumes in all weight breaks decreased considerably in the top markets (ranging from -34% to -25%), shipments over 5,000 kg in these markets showed a volume growth (+2%). And the larger the shipment size, the higher the YoY increase in yield/rate (ranging from +27% to +87%). The increase in Express shipments was also by far the highest among the largest shipments.

The number of flights from the first week of July through the second week of September increased by 16%. Whereas the number of freighter flights increased by 2%, passenger aircraft flights increased by 18%. Since June, monthly volumes as a % of last year’s monthly volumes have hardly been growing, and worldwide capacity-growth is now outpacing volume-growth. The big question facing the industry in the coming months is to what extent this pattern will be disrupted. – TradeArabia News Service