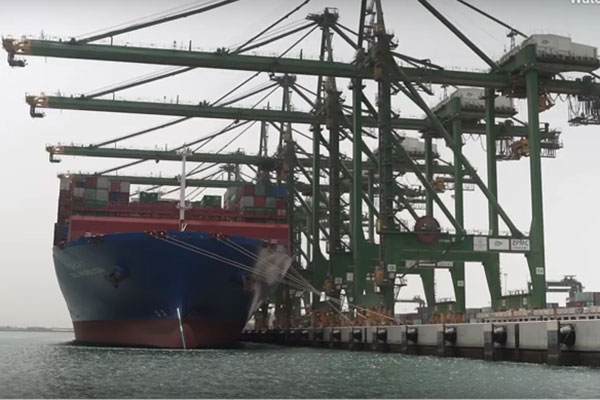 Saudi Arabia’s ports achieved an increase in the total number of transhipment with a total of 1,100,000 containers in the first half (H1) of the year, marking an increase of 4.23% compared to the same period of the previous year, a media report said.

The total tonnes of cargo handled in Saudi ports, supervised by the General Authority for Ports (Mawani), during the first half of 2020 amounted to 149,000,000 tonnes, while the total number of exported and imported containers reached 3,400,000 , coming on board 5,959 ships, reported Saudi Press Agency (SPA).

This growth in Saudi Arabia’s ports performance during the first half of 2020 included the number of imported vehicles, marking an increase of 17%, by 395,000 vehicles, while the number of livestock reached 1.4 million heads.

Since the outbreak of Covid-19, Mawani has worked to implement a series of operational plans and precautionary measures in cooperation with various relevant government sectors, to ensure the quality and effectiveness of performance and business continuity around the clock, which contributed to providing supply chains and ensuring the abundance of food stocks.