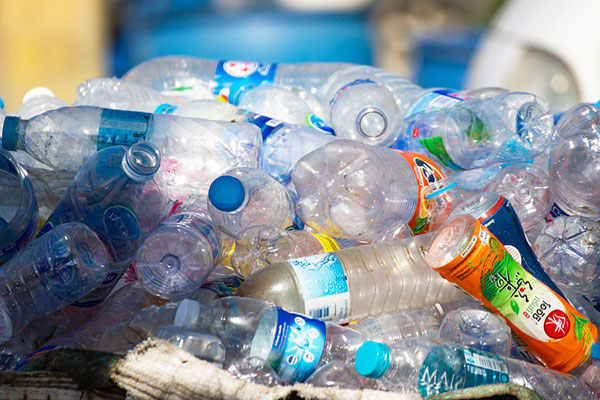 The EU's €800/tonne plastic packaging waste charge, passed by the EU Council last week and which takes effect from January, has sent shockwaves through the market because of both its size and narrow timeframe to implementation.

Reaction has so far been mixed, with immediate questions on how it will be calculated, how it will be passed through the supply chain, and whether it will lead to greater regulatory divergence on plastics.

In the first of a series of insights on the charge we look at the known details that have emerged since the announcements, and the outstanding concerns and questions in the recycling and virgin plastic markets.

The new charge of €800/tonne for all non-recycled packaging waste will be paid by EU nations from 1 January 2021.  National contributions will be calculated by the European Commission using existing reporting obligations under the Packaging Waste Directive (Directive 94/62/ECC) and its implementing Decision (Decision (EU) 2019/665.

Under that directive member states provide data on plastic packaging and recycling. The data are published on the Eurostat website.

The charge will be used to fund the coronavirus recovery package and charged at nation state level.

The charge is not a tax, although commonly referred to as one, because it is payable at state level rather than by individuals or corporations.  Nation states could, however, seek to recover the cost of the charge through taxation.

How nation states will incorporate this into national legislation remains the key uncertainty for plastic and recycling markets.

Some players have welcomed the move because it could encourage higher recycling rates in the future, and for devolving how this is implemented across the supply chain to individual national governments.

“[It will be] good for the industry - I think it's a realistic thing because many countries [and] people [have] had, long term, time enough to think about packaging,” a recycled polymer producer said.

Other players, however, raised concerns around regulatory divergence and the resultant potential difficulties with cross-border trade.

They further argue that it does little to alleviate infrastructure shortages and legislative barriers which limit the ability of the market to increase recycled material suitable for food-grade packaging and hazardous material packaging, and that the charge could encourage a shift to non-plastic packaging types such as glass, paper and cardboard.

“Changing a plastic into a glass bottle is not solving the problem. I think it's a tool from the politicians to do something that is their own target, but is this the correct approach or the right approach? Let's see what the countries do. For sure if there's a tax it could increase plastic use, but adding an additional charge on plastic and changing to other packaging is not the correct approach,” one major packaging producer said.

There have been concerns that the bill does nothing to address waste collection infrastructure shortages, and that the short timescale to implementation does not allow nation states enough time to enact the legislation in a considered manner.

According to several sources, the lack of suitable waste collection infrastructure will mean that the cost of any potential plastic taxes currently proposed or introduced on the back of this legislation would simply be passed on to the consumer until chemical recycling matures and provides enough volume of material to tackle shortages.

“To be honest I don't see correlation between use of recycled material and this new levy. The national governments will not have the time to implement this by January, and how [will they] pass [this] through the supply chain. I'd love to say we see a reaction but the only extra project it will push is whether people want to substitute to other materials that aren't plastic. That's a pity. I thought greenwashing was done by companies but now it seems the EU are using it to raise money.

“It will be very dependent on the measures that the country takes, if they just pass it through it will be ultimately the consumer that pays and [there will be] no incentive to do more collection, better sorting or use more recycled content in their product, if they just forward to the consumer that's more or less it.  This seems like a rushed tax which only fills the gaps in the budget and that's really disappointing,” one integrated waste management major said.

Some have also highlighted that if the cost of the charge is passed through to the supply chain, for many packaging applications the limited volume per item of material will mean the addition of only 1-2 cents per item, which might easily be transferable to consumer.

To achieve European Food Safety Authority (EFSA) approval, 95% of the material used in reprocessing must have been sourced from food-contact applications, and there must be full and provable traceability throughout the chain.

For recycled material such as R-PP where multiple forms of waste are collected in kerbside schemes, proving provenance of material to reach the 95% content threshold is prohibitive.

The only post-consumer-derived source of food grade R-HDPE pellets is the UK where milk bottles provide an easily separated stream of waste.

Structural shortages of material, along with technical limitations such as opacity of material and loss of tensile strength, have led companies to explore other avenues for reaching sustainability commitments such as chemical recycling or bio-based materials.

Mark Victory is Senior Editor, Recycling at ICIS, a global provider of market intelligence that help businesses in the energy, petrochemical and fertilizer industries.