UMEX and SimTEX see deals worth over $170m 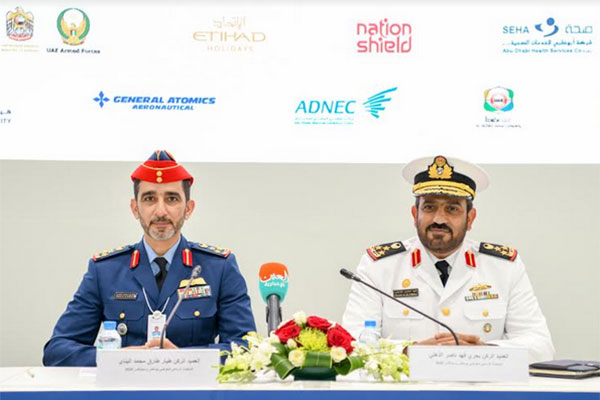 The UAE Armed Forces said that it has signed deals over Dh624 million ($170 million) since the opening of the Unmanned Systems Exhibition (UMEX) and the Simulation and Training Exhibition (SimTEX) 2020 in Abu Dhabi.

There were seven new deals signed on Monday with total value exceeding Dh468 million of local and external deals.

He confirmed that contracts were signed with the Abu Dhabi Autonomous Systems Investments Company (ADASI) to purchase drone systems at a value of Dh180,426,908, in addition to a contract to supply the Armed Forces with new unmanned Helicopters Camcopter S-100 at a value of Dh234 million.

Al Thehli added that a contract was signed with Denel Dynamics from South Africa to purchase drones at the value of Dh25,821,190, and a contract with EARTH to purchase unmanned vehicles at a value of Dh22,573,056. Additionally, Al Awael Company was contracted to supply simulations and training system for firefighting on behalf of the Abu Dhabi Police at a value of Dh3.2 million.