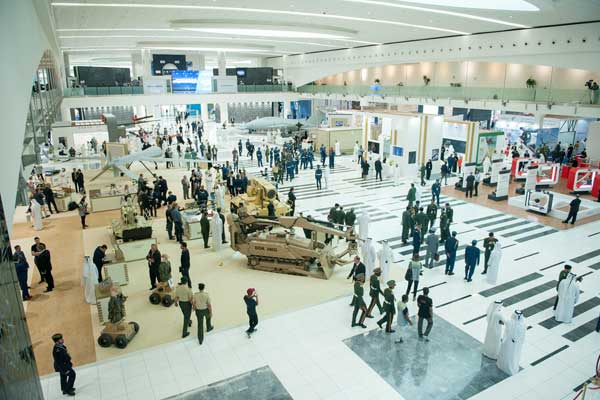 Edge, an advanced technology group for defence and beyond, has announced that two of its entities will exhibit and feature their new range of unmanned systems at the upcoming Unmanned Systems Exhibition and Conference (Umex 2020).

ADASI, the regional leader in autonomous systems and services, will support the event as the official Strategic Partner. Earth, a leading facilitator of state-of-the-art R&D, engineering, and technology integration will also participate, said a statement.

Featuring a designated simulation & training (Simtex) zone, the fourth edition of Umex will run from February 23 to 25, at the Abu Dhabi National Exhibition Centre.

ADASI’s SwissDrones SDO 50 V2 vertical take-off and landing (VTOL) model – the only UAV in the market that is capable of lifting more payload than its own empty weight – will carry out a live demonstration during the course of the event.

Dr Fahad Al Yafei, president of platforms & systems at Edge, said: “As unmanned systems evolve to become a key enabler of more complex missions and the market offers considerable growth for suppliers, our key business priorities at Edge include a dedicated focus on autonomous capabilities.”

“ADASI and Earth are two of Edge’s leading companies in the unmanned systems sector. Umex offers us a unique opportunity to raise our profile, while promoting our holistic products to local industry stakeholders. We look forward to participating at the event as we continue our journey of developing innovative solutions to enable a secure future,” he said.

For his part, Ali Al Yafei, CEO of ADASI, said: “We are honoured to once again be named the strategic partner for the event. Our collaboration is testament to our strong relationship with Umex, as well as to our key role in advancing autonomous capabilities in the UAE. This year’s participation is even more special as ADASI is now part of the wider Edge group.”

Jamal Al Mheiri, CEO of Earth, said: “Unmanned aerial vehicles are the future of combat and surveillance. Through its participation in the only regional event dedicated to UAVs, Earth aims to build its industry credentials and capitalise on the growing demand for unmanned systems in the region.”

Umex is the only event in the Middle East dedicated to drones, robots, unmanned systems, and their components. The biennial exhibition and conference attracts international delegations and decision-makers from the defence and aerospace industry, as well as senior officials from key government and private sector entities. Umex gives ADASI and Earth the opportunity to showcase their state-of-the-art capabilities and trailblazing solutions, positioning themselves on the leading Edge of tomorrow.

ADASI and Earth are part of the Platforms & Systems cluster within Edge, an advanced technology group for defence and beyond that was inaugurated in November 2019, it stated. – TradeArabia News Service