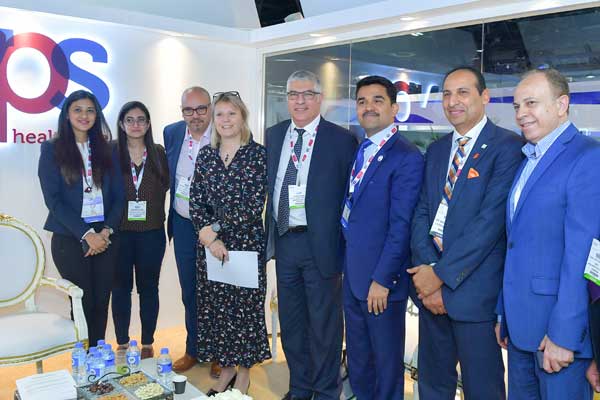 VPS Healthcare’s medicine manufacturing arm, LIFEPharma, will explore entering into the European and American markets, as part of a major step towards transforming the region as a hub for pharmaceutical production and export.

Initially, the company will be exporting around 25,000 bottles of Acetazolamide collaborating with Eywa, a leading pharmaceutical production company in the US, company officials said here at the Arab Health Summit.

The summit which opened yesterday (January 27) will run until January 30, at the Dubai World Trade Centre.

The first batch of the medicines, locally produced at LIFEPharma’s production plant in Jebel Ali, will be exported in this week. Subsequently, the unit will be manufacturing and exporting more products, particularly in the cardiovascular and diuretic therapy areas.

Apart from this, on the backdrop of Arab Health, LIFEPharma struck a major deal with leading European multinational company, XO Laboratory, based in France.

As per the MoU signed between the entities, LIFEPharma will be producing a significant number of XO’s products locally in the UAE and import unique medicines such as Alendronic acid solution, Mynocycline, Alginic acide sachets and Ketoprofen/Omeprazole from France to the UAE market.

Dr Shamsheer said that LifePharma has become a crucial player in the Middle East and has contributed immensely to transform the region in becoming a hub for pharmaceutical production.

“The year 2019 has seen one of our products being exported to the North American markets. It was a great achievement for us. In 2020, we will be exporting six more products to North America. We are the first in the region to do this. This year, we expect to get into more markets and improve our global footing,” he added.

Speaking about the tie-up, Pinone said XO Laboratory was honoured and privileged to partner with LIFEPharma. “We believe that our joint venture will make a difference for the patients in the future. We are confident our agreement will pave way towards a higher level of collaboration between France and the UAE,” he added. – TradeArabia News Service