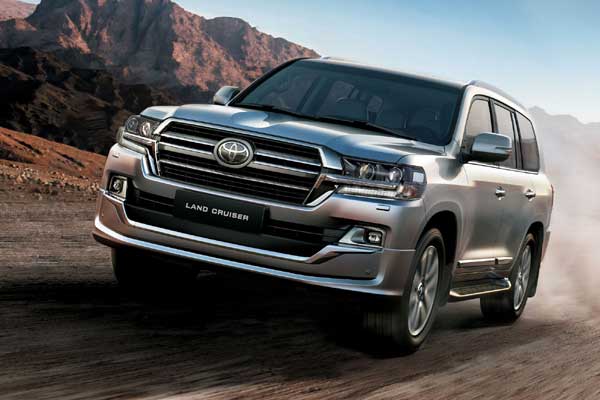 Al-Futtaim Toyota, the exclusive distributor of Toyota vehicles in the UAE, has recorded a strong performance throughout 2019 due to a sturdy refreshed line-up of dependable segment leaders and new models joining the portfolio.

Some of the top models included the Supra, 2020 Land Cruiser, Granvia Luxury Mover, RAV4 and Corolla in both petrol engine and hybrid electric variants, said a statement from the company.

The recently enhanced Toyota Land Cruiser features a new design and intelligent technologies such as real-time traffic and an intuitive smartphone app, led the way in 2019 with 7 per cent growth year-on-year confirming its status as the nation’s favourite SUV.

This sales increase versus 2018 means the Toyota Land Cruiser has taken a 10 per cent chunk of the segment, dominating its class with 48 per cent market share.

Alongside the new Land Cruiser, in the first half of 2019 Al-Futtaim Toyota also introduced the new RAV 4 and Corolla models, both offering hybrid variants. With a commitment to green motoring in the UAE, Al-Futtaim Toyota has come a long way since launching its first hybrid locally in 2008, offering no less than four hybrid-electric models today.

This broadening of the line-up contributed to Toyota hybrid sales increasing by 29 per cent year-on-year.

Throughout the entire Al-Futtaim Toyota portfolio, the success story continues with sedan sales seeing 1.5 per cent growth and light commercial vehicles performing strongly with an increase of 6.5 per cent.

Saud Abbasi, managing director of Al-Futtaim Toyota, said: “Despite slowing car sales in the region, our sales increased on the back of the introduction of innovative and much-anticipated enthusiast products, making for an exciting road ahead.”

“The increase in sales is a result of our continued commitment to our customers and timely responses to the market needs. In 2019, we joined the global Toyota family in celebrating the 10 million sales milestone of the Land Cruiser and we are confident that the new additions to our line-up will play a bigger role in 2020 bolstering the ranks for the year ahead,” he said.

“On the back of such a strong year, we can promise our customers that we have exciting new vehicles that we have planned for 2020,” he added. – TradeArabia News Service