FedEx ranks among ‘most admired' companies 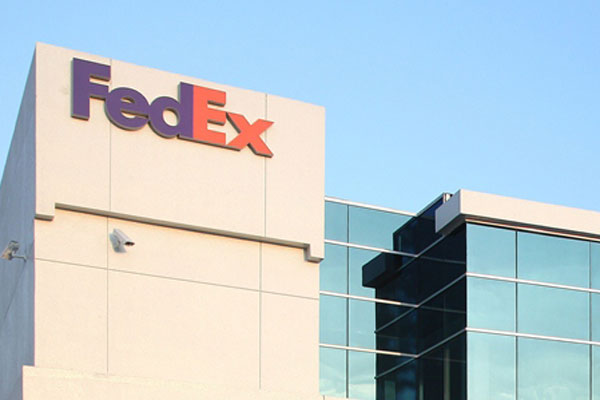 FedEx Corp, a leading express transportation company, announced that it has once again ranked among the most admired companies in the world, according to a survey published in Fortune magazine.

The annual “World’s Most Admired Companies” report released lists FedEx as the No 14 ranked company overall, tied with American Express and Netflix.  The survey measures nine attributes related to the company’s financial performance and corporate reputation, said a statement.

Rajesh Subramaniam, president and chief operating officer, FedEx Corp, said: “It is a privilege for us to have been recognised as one of Fortune’s Most Admired Companies for each of the last 20 years.”

“This honour is a direct result of our more than 490,000 team members around the globe living the Purple Promise every day to make every FedEx experience outstanding,” he added.

This is the 20th consecutive year that FedEx has ranked among the top 20 in the Fortune Most Admired Companies List.

Fortune collaborated with Korn Ferry on this survey of corporate reputations. They began with a universe of about 1,500 candidates: the 1,000 largest US companies ranked by revenue, along with non-US companies in Fortune’s Global 500 database that have revenues of $10 billion or more.

They then winnowed the assortment to the highest-revenue companies in each industry, a total of 680 in 30 countries. The top-rated companies were picked from that pool of 680; the executives who voted work at the companies in that group.

To determine the best-regarded companies in 52 industries, Ferry asked executives, directors, and analysts to rate enterprises in their own industry on nine criteria, from investment value and quality of management and products to social responsibility and ability to attract talent. A company’s score must rank in the top half of its industry survey to be listed.

Because of the weak distribution of responses, only the aggregate industry scores and ranks are published in construction and farm machinery, food and drugstores, general merchandisers, metals, mining, crude-oil production, network and other communications equipment, and wholesalers: health care. Results were not published in the following categories due to insufficient response rates: cable and satellite providers, petroleum refining, pipelines and US energy.

To select the 50 All-Stars, Ferry asked 3,770 executives, directors, and securities analysts who had responded to the industry surveys to select the 10 companies they admired most. They chose from a list made up of the companies that ranked in the top 25 per cent in last year’s surveys, plus those that finished in the top 20 per cent of their industry. Anyone could vote for any company in any industry. The difference in the voting rolls explains why some results can seem at odds with each other. For example, UnitedHealth Group fell off the All-Star list this year but ranked number one within the insurance and managed care category when votes from only those in that industry were counted.

Ferry, which has conducted the research for the World's Most Admired Companies list since 1997, is a global management consulting firm, it stated. – TradeArabia News Service