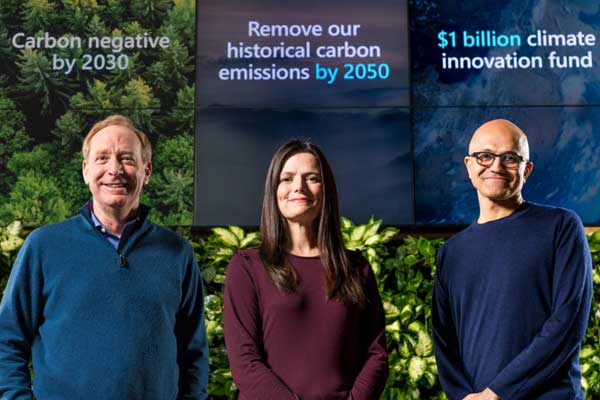 Microsoft, a leading technology company, recently announced an ambitious goal and a new plan to reduce and ultimately remove its carbon footprint.

By 2030, the technology giant will be carbon negative, and by 2050 the brand plans to remove all the carbon from the environment, the company has emitted either directly or by electrical consumption since it was founded in 1975.

The company also announced an aggressive program to cut carbon emissions by more than half by 2030, both for our direct emissions and for our entire supply and value chain.

This includes driving down our own direct emissions and emissions related to the energy we use to near zero by the middle of this decade. It also announced a new initiative to use Microsoft technology to help our suppliers and customers around the world reduce their own carbon footprints and a new $1 billion climate innovation fund to accelerate the global development of carbon reduction, capture and removal technologies.

Beginning next year, the company will also make carbon reduction an explicit aspect of our procurement processes for our supply chain.

And lastly, the company will use its voice and advocacy to support public policy that will accelerate carbon reduction and removal opportunities. – TradeArabia News Service