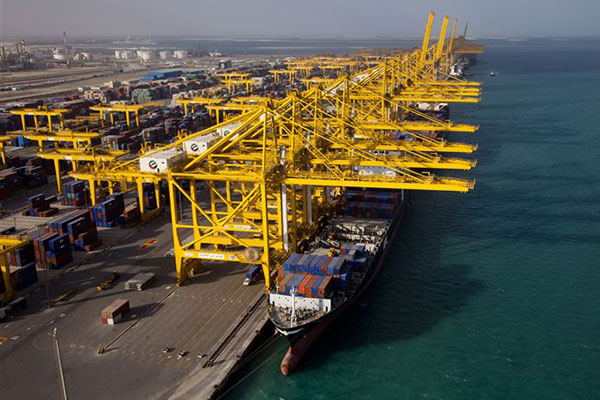 These statistics highlight the growing trade and economic relations between the two countries, with the value of their overall trade in the first half of 2019 reaching Dh26 billion, reported Emirates news agency Wam, citing statistics from the Ministry of Economy.

The mutual visits between their leadership of both countries, which led to the signing of 24 agreements and memorandums of understanding (MoUs) helped advance their relations to the level of strategic relations in 2018.

According to official records from the ministry and the Federal Competitiveness and Statistics Authority (FSCA), Japan is one of UAE’s leading trading partners, with the value of their non-oil trade reaching Dh54.46 billion in 2018 while Japan's investment in the UAE amounts to Dh14.3 billion. These investments have played a key role in strengthening the economic and trade relations between the two countries.

Japanese investments in the UAE are concentrated in the sectors of technology, renewable energy, transportation, healthcare, wholesale and retail trade, and the production of polyethylene and polypropylene.

The UAE is among the top five oil exporters to Japan, and its non-oil exports include copper and aluminium.

The number of Japanese tourists visiting the UAE reached over 70,000 in 2017 while the number of Emiratis travelling to Japan as tourists has witnessed continuous growth, especially after were exempted from requiring pre-entry visas in 2017.