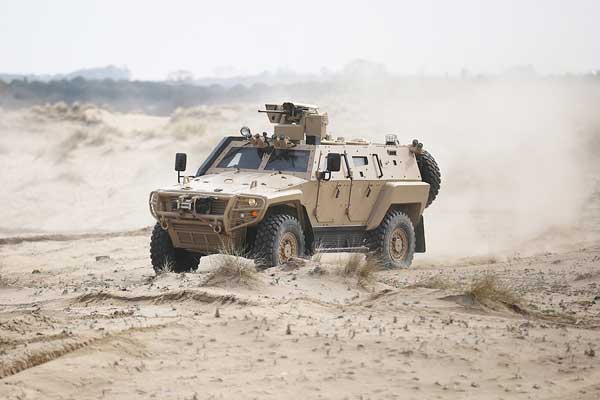 Turkey-based Otokar, a leading land defence systems manufacturer and a Koç Group company, is showcasing its military vehicles ARMA 6x6 and COBRA II at the Gulf Defense & Aerospace (GDA) 2019, being held in Kuwait.

The event which opened yesterday (December 10) will run until tomorrow (December 12).

Otokar’s military vehicles operate with more than 50 different end users all over the world. During the exhibition, Otokar’s ARMA 6x6 with BOZOK turret and COBRA II with KESKIN turret will be displayed at its stand.

“GCC countries are particularly important for us. With the establishment of Otokar Land Systems in 2016, we became much closer to our present and potential users in this region. In the following period, Otokar Land Systems’ joint venture company Al Jasoor signed a significant 8x8 armoured vehicle contract for UAE Armed Forces. We aim at extending collaborations and also look for new opportunities,” he added.

Highlighting Otokar’s broad product range in land systems, from 4x4 to 8x8, and from tracked armoured vehicles to turret systems, Görgüç continued: “While developing our land systems products, our first priority is to meet the needs and expectations of our users considering present and future threats.”

“In the last decade, we have allocated 8.5 per cent of our revenues for our R&D activities. Our combat-proven vehicles are actively used in conflict zones in very different geographies and extreme climatic conditions. Currently, more than 32 thousand Otokar vehicles are operated in over 35 countries. We believe that our vehicles serving worldwide are the most important reference for our potential users,” he added.

COBRA II is displayed with KESKIN turret system at GDA. COBRA II, manufactured by Otokar with the mission of designing and manufacturing globally competitive land systems products, stands out with its superior performance. Developed on with the experiences gained from COBRA platform, COBRA II offers high level of protection and payload capacity and large internal volume. In addition to superior mobility, COBRA II also comes with the capacity to accommodate nine personnel including the driver and commander, offering high protection against ballistic, mine and IED threats. – TradeArabia News Service