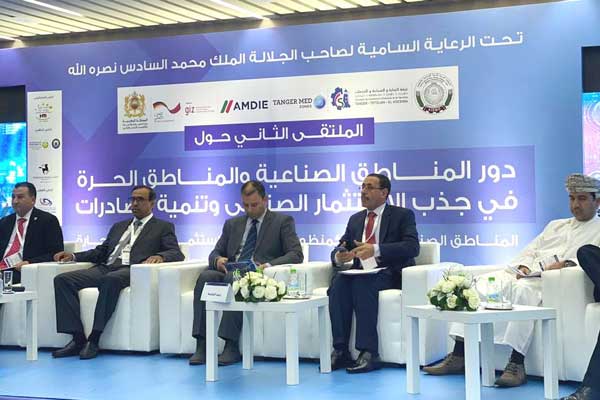 Madayn was participating in the second forum on the role of industrial and free zones in developing exports and attracting industrial investments held in Tangier, Morocco.

The event was held under the high patronage of HM King Mohammed VI and with the participation of 15 Arab countries.

The forum aimed at boosting commercial exchange between the Arab countries and bringing together businessmen representing various countries to showcase investment opportunities and highlight successful models at the Arab and international levels.

Al Balushi elaborated on the incentives provided in the various industrial cities in Oman and Al Mazunah Free Zone. He also emphasised on the role played by Madayn to develop these areas and boost the local and foreign investments.

He then outlined the incentives offered at Al Mazunah Free Zone, which comprise general incentives such as customs’ exemptions, 100 per cent foreign ownership, no minimum capital requirements, and Omanisation rate stands at 10 per cent.

Al Balushi stated that Al Mazunah Free Zone was established under Royal Decree no. 103/2005 to operate under the management of the Public Establishment for Industrial Estates – Madayn. The strategic location of the free zone on the border of the sultanate and Yemen makes it the Gulf gateway for transit trade to Yemen and Eastern Africa.

This forum came as an initiative by the Arab Industrial Development and Mining Organisation in cooperation with Morocco’s Ministry of Industry, Trade, and Green and Digital Economy and the Chamber of Commerce, Industry and Services of Tangier-Tetouan-Al Hoceima region. – TradeArabia News Service