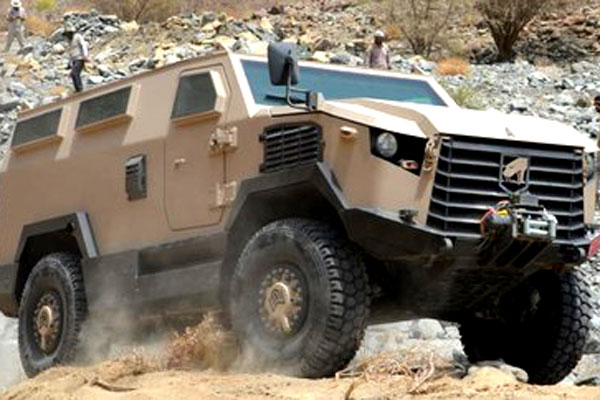 Established in 2015, MLS is a leading manufacturer of home grown defence land systems technologies in the UAE and Saudi Arabia.

The company has pioneered intellectual property development and local industry development in the field of military land systems to meet the objectives of Vision 2030 to bolster local content and create an independent industry to enhance the capabilities of the Saudi and Emirati armed forces, said a statement from MLS.

The company’s initial efforts toward local industry development were with the opening of its 35,000 sq m production complex in the UAE in 2015 which has produced over 1,000 advanced vehicle systems for delivery to the region.

In 2016, MLS launched its integration and support facility in Saudi Arabia to support its fleets of vehicles utilised by the Saudi Armed Forces.

In collaboration with some of the world's finest survivability experts as well as its UAE and Saudi based engineering teams, MLS designed the Falcon V-Hull to be integrated into its range of mine protected vehicles.

The Falcon V-Hull provides the highest levels of protection against Improvised Explosive Devices and Land Mines, and is designed to meet and exceed the full range of Stanag 4569 Levels.

“While MLS and most military land systems manufacturers adhere to the standards set out by Stanag 4569, we have engineered the Falcon V-Hull to provide an unprecedented level of protection to the soldier’s who trust their lives with our vehicles,” he added.

MLS first successfully trialed its Viper MRAP during the UAE Summer Trials in 2018, and launched it to the public at Idex held in February.

The Viper MRAP is the only MRAP that has been fully designed and developed in the UAE and Saudi Arabia.

Yeoman said: “While other contenders rely on technology that is or was controlled by overseas companies and governments, the MLS Viper is completely designed by MLS's teams supported by global experts.”

"The MLS Viper MRAP is also the only MRAP in the world today which supports the exacting requirements of region's end users, which include a powerful drivetrain, the largest internal volume in its class, a modular designed interior, low profile, powerful air conditioning, advanced suspension systems, the finest components in the world and CBRN capability just to name a few, all without any restriction from BAFA or ITAR," he added.

The Viper utilises advanced materials which are freely available in the UAE and Saudi Arabia from the some of the most respected factories in the world. Due to restrictions imposed by certain steel manufacturers, no other vehicle manufacturers are able to fabricate steel in the region.

While vehicles on the market today are generally built on decades-old designs, the Viper has taken advantage of cutting edge engineering and simulation technologies that are trusted by the leading aerospace and defence conglomerates globally, he noted.

Viper is the most advanced in its class and since successfully completing the UAE Summer Trials in 2018 has amassed over 11,000 km in 2019 through some of the harshest trials in the region.

MLS is presently expanding its existing infrastructure in Saudi Arabia to be in full production with its wide range of vehicles in 2020, he added.-TradeArabia News Service