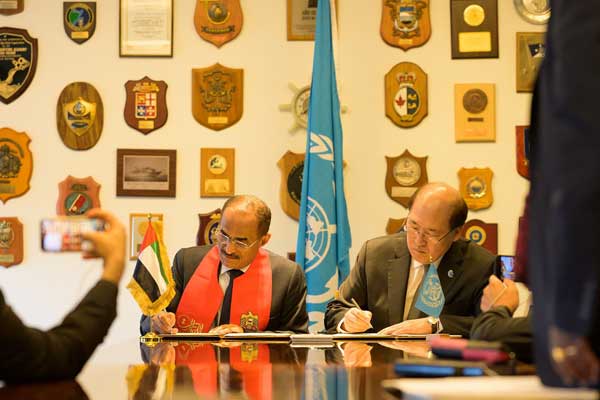 The Federal Transport Authority (FTA) - Land & Maritime has signed a memorandum of understanding (MoU) with the International Maritime Organization (IMO) to strengthen its technical cooperation in the global maritime domain.

The signing took place on the sidelines of IMO’s 31st General Assembly Meeting in London, UK, which opened on November 25 and will run until December 4.

The latest MoU is part of FTA’s efforts to help reinforce the international maritime community and create a safe and sustainable global maritime society, said a statement from the organisation.

Part of the authority’s endeavours include close collaboration with various concerned maritime entities and implementation of the highest standards, conventions, and protocols.

Under the deal, the FTA will leverage the IMO’s expertise as a specialised agency of the United Nations to help boost the local maritime community.

The IMO is responsible for setting global safety and security standards, facilitating international maritime transport, and preventing pollution caused by ships, in line with the 2030 Agenda for Sustainable Development, it added.

Abdullah Al Nuaimi, Minister of Infrastructure Development and chairman of the board of directors of the FTA, reaffirmed UAE’s commitment to promoting the maritime sector via key port development projects, maritime training and education, and capacity building.

The country has also made contributions to the IMO Integrated Technical Cooperation Program Fund for the benefit of all IMO member states, it said.

Al Nuaimi said: “Since joining the IMO, the UAE has been actively contributing to the international maritime sector as well as coordinating with concerned entities and other IMO member states to achieve a safe and sustainable maritime society.”

“The country is also keen to uphold all relevant international conventions, protocols, and agreements, including the recently signed MoU,” he stated.

“This agreement further adds value to the UAE’s initiatives to provide support to the global maritime sector and help reinforce the international maritime system. Without a doubt, the MoU is a great step towards boosting the UAE’s bid to win again the IMO’s Category B Membership,” he added. – TradeArabia News Service