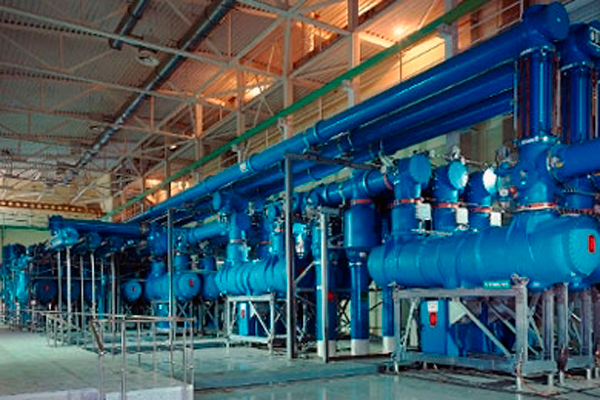 Medium-voltage switchgear market revenue in the Middle East region is poised for solid growth over the next five years with a CAGR of 2.7 per cent, thanks to booming infrastructure, construction and manufacturing sectors, said a report by 6Wresearch.

In the Middle East region, gas insulated switchgear captured major revenue share in 2018, owing to their low maintenance and high durability features. The usage of GIS is expected to dominate many countries in the region over the coming years, stated the research expert in its report titled "Middle East Medium Voltage Switchgear Market (2019-2025)."

In the Middle East region, governments of many countries are focusing on providing adequate power infrastructure and efficient quality of power, stated the report.

As a result, power sector of the region is expected to receive a healthy boost over the coming years, it added.

Additionally, Middle East region is experiencing a healthy growth across the infrastructure, construction and manufacturing sectors due to rising investments across the non-oil sectors.

Such developments would surge the power demand and would thereby impact the growth of medium voltage switchgear market positively, it stated.

Kanika Arora, research associate, Research and Consulting, 6Wresearch, said: "Construction of new power plants along with expanding grid network across the region in order to avoid any disruption in the power supply and to meet the peak demand load during high consumption hours would upsurge power utilities sector over the next six years."

"As a result, the demand for medium voltage switchgear would receive a significant boost in future," stated Arora.

"Further, the commercial and industrial verticals in the Middle East are expected to fuel the market growth during the forecast period on account of rising investment to strengthen the non-oil economy, which in turn would accelerate the construction projects under the aforementioned sectors and would significantly drive the market for medium voltage switchgears during the study period in the region," she added.

Navneet Aggarwal, research associate, Research and Consulting, said: "Upcoming global events such as World Expo 2020 in UAE and FIFA World Cup 2022 in Qatar accelerated investment in the public infrastructure development and commercial domains in UAE and Qatar which is expected to increase the demand for medium voltage switchgears."

"Additionally, in Saudi Arabia, the government is focusing on the development of industrial and transportation verticals, and thus aiming to provide the required electricity infrastructure for the same, this is likely to further boost the demand for medium voltage switchgears during the forecast period," noted Aggarwal.

"Ring main unit acquired majority of the revenue share on account of its high deployment in power utilities vertical in the Middle East region. Moreover, metal clad and other (hybrid, compact) types of switchgears would exhibit low growth due to old design and high installation cost respectively," he added.