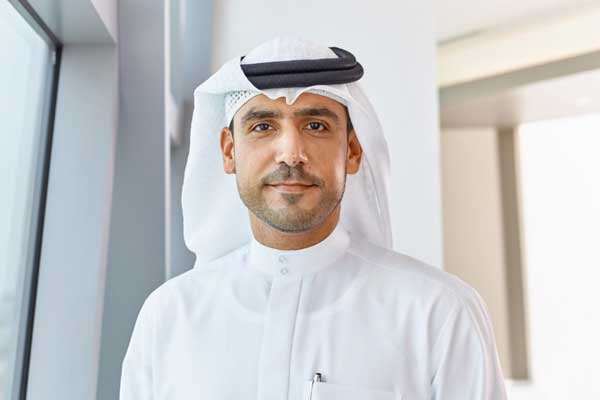 Sanad Aerotech is holding discussions on driving manufacturing best practices in the aviation sector and adopting new technologies that deliver the Fourth Industrial Revolution (4IR) in a truly sustainable way at an event in being held Abu Dhabi, UAE.

Sanad Aerotech, a leading Abu Dhabi-based business providing maintenance, repair and overhaul (MRO) for aircraft engines and gas turbines, has been announced as a sponsor of the ‘Industry 4.0’ Hub, which is part of the UAE contribution to the joint UAE-UNIDO Exhibition running alongside the eighteenth Session of the General Conference of the United Nations Industrial Development Organization.

Held under the theme of ‘Industry 2030 – Innovate. Connect. Transform our Future’, the eighteenth Session UNIDO General Conference will be held in Abu Dhabi from 3 – 7 November for five days of conversations around the future of global manufacturing.

The Fourth Industrial Revolution challenges the current growth model of countries all over the world, yet its potential to affect the economies of developing countries is specifically significant.

For example, the Fourth Industrial Revolution holds many opportunities to accelerate the adoption of renewable energy in manufacturing, reduce carbon emissions, optimise energy use, and enhance productivity – through the use of smart technology that is becoming cheaper to acquire.

The aerospace industry is a key catalyst for Industry 4.0, given its early adoption and extensive use of digital technology and smart manufacturing to produce and maintain aircraft. Research shows that 62 per cent of aerospace firms globally have a smart manufacturing initiative – ahead of other cutting-edge sectors such as automotive, consumer goods, and pharma.

Sanad Aerotech’s state-of-the-art facilities are a leading example of an organisation that has grasped the potential of the Fourth Industrial Revolution with both hands and, in doing so, has developed a strategy that incorporates a fully digitalised future built on innovative tools and technologies.

As an early adopter of innovations such as IoT, Blockchain and the holistic digitalisation of its service capabilities, it is able to deliver unmatched services to a global MRO sector valued at over $31 billion (2018), with 4.9 per cent compound annual growth rate (CAGR) forecasting a value of $54 billion by 2028.

Sanad Aerotech is wholly owned by Mubadala Investment Company, and through its commitment to putting its global customer base; which stretches from Southeast Asia to South America and includes Rolls Royce, International Aero Engines, GE, Etihad Airways, Asiana and LATAM, first, the organisation has become a leading light for innovation and engineering excellence in the global engine MRO sector.

In an era when digital innovation is affecting every aspect of its customers’ business, Sanad Aerotech maintains strong long-standing relationships with original equipment manufacturers (OEMs) and international airlines, which allows it to bridge the knowledge gaps that exist between stakeholders, which in turn enables healthy competition into the overhaul marketplace.

Sanad Aerotech’s 4IR technology investments enable it to stay abreast of increasing OEM complexity. The technology and innovation flow is reciprocal, with MRO service providers also guiding their OEM partners on 4IR adoption based on their in-field experience.

“It is a prestigious event that focuses on tangible outcomes and actions that drive change that benefits not only industry but economies and the societies within them,” he said.

“We are proud to be a digital leader and take our responsibility to deliver our customers' innovative services, very seriously. As a result of our appetite for digital evolution, and our success in implementing a number of industry 4.0 technologies, we are thrilled to be able to share our knowledge and join the global discussion to ensure the 4IR leaves no one behind,” he added.

The UNIDO General Conference is supreme policymaking organ that convenes every two years to determine the guidelines and policies of the Organization and approve its budget and working programmes. Since becoming a specialized agency, the UNIDO General Conference was hosted away from its Vienna Headquarters only three times: in Bangkok, Thailand (1987); in Yaoundé, Cameroon (1993); in Lima, Peru (2013); and now in Abu Dhabi, UAE (2019). – TradeArabia News Service