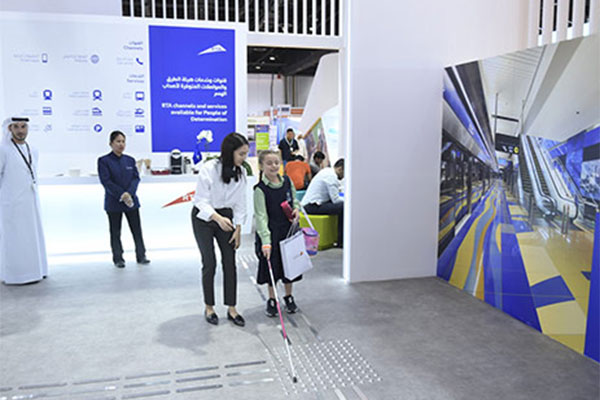 Dubai’s Roads and Transport Authority (RTA) exhibited a directory covering initiatives and service products customized to the use of people of determination at the ongoing AccessAbilities Expo in the Emirate.

RTA exhibited nol card modelled after Braille whereby visually challenged individuals can differentiate it from other cards, thanks to its embossed letters. It also displayed a mobile phone app with a design featuring artificial intelligence and algorithm enabling visually impaired to use their mobile phones to identify places they want to go to via Bluetooth. It can also respond to voice commands to figure out important areas of the stations.

RTA also exhibited a Service Directory of People of Determination encompassing all initiatives customised to serve this segment to make their mobility easier, be it on public transport means, RTA facilities, footbridges or others, in line with RTA’s social responsibility.

Exhibits included A06 excellence model enabling smooth access for people of determination to RTA’s website enabling them to browse it in enlarged letters, dedicated screen for those experiencing colour blindness, and a voice service for benefiting from RTA services in addition to other features relating to vision, hearing disorders and inability to use the mouse among others.

RTA also exhibited plans, initiatives and services tailored to the use of people of determination such as the Qualifying Environment for People of Determination Code. – TradeArabia News Service