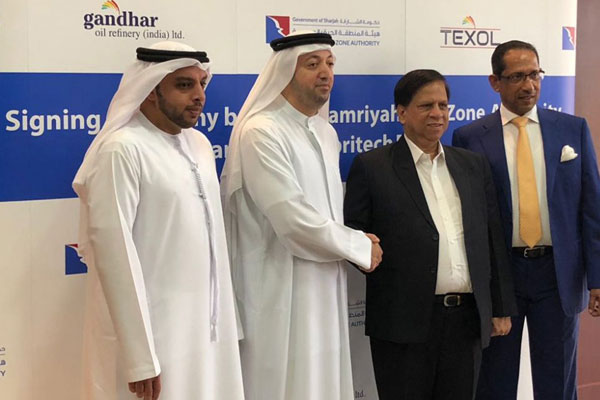 The $12-million manufacturing unit was opened by Saud Salim Al Mazrouei, the director of HFZA, in the presence of Ramesh Parekh, the chairman of the group; Simon Philip, the vice chairman and CEO and other senior officials.

The 215, 278 sq ft plant is the third facility for Gandhar Oil Refinery India, and will boast a capacity 100,000 MT/annum. The company has two other manufacturing plants already in operation in India.

Commenting on the announcement, Al Mazrouei said: "The opening of Texol’s first overseas unit reflects HFZA’s prominent position as a preferred destination for the world’s leading industrial companies and would further enhance Sharjah’s illustrious reputation as a global hub for industrial companies."