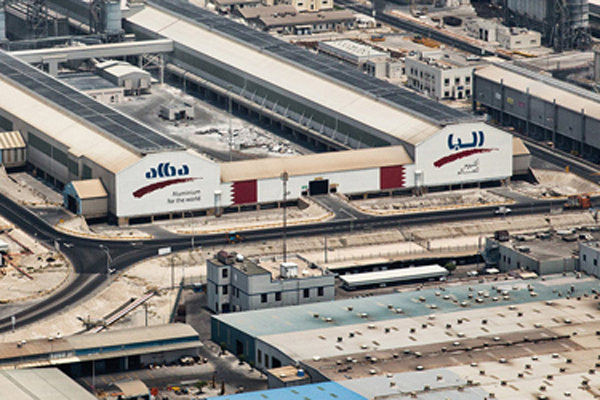 The 23rd Arab International Aluminium Conference (Arabal 2019), being hosted by Alba at the Gulf Hotel from November 19 to 21 under the patronage of HRH Prince Khalifa bin Salman Al Khalifa, the Prime Minister of Bahrain, will coincide with the opening of Aluminium Bahrain’s (Alba) Line 6 Expansion Project and mark the company’s transformation as the world’s largest smelter.

The official inauguration of Line 6 project, one of the biggest brownfield developments in the Middle East region with a Capex of approximately $3 billion, will be held on November 24, as has been announced by His Highness Crown Prince Salman bin Hamad bin Isa Al Khalifa at the Government Forum on October 6, according to Alba’s Acting Chief Executive Officer Ali Al Baqali.

He was speaking at a press conference at the Gulf Hotel, Kingdom of Bahrain to announce more details of Arabal 2019. The conference was by Chairman of the Arabal Organising Committee Mohammed Al-Naki.

In a statement, Alba’s Chairman of the Board of Directors, Shaikh Daij bin Salman bin Daij Al Khalifa said: “Arabal has become one of the much-thought events in the global aluminium industry with a major focus on the challenges and future opportunities that affect the business. Alba is proud to host Arabal 2019 and we look forward to welcoming everyone in Bahrain – our industry peers, delegates and sponsors. We also thank the Arabal Organising Committee and our partners for their constant support towards Arabal.”

"Line 6 expansion will create a foundation to expand and develop the downstream industry. Mumtalakat and EDB are in discussions with new investors to come and invest in Bahrain. Alba is ready to support the newcomers," he said.

Al Baqali added: “Arabal is one of the most unique events as it is a platform that attracts not only delegates but also exhibitors from all around the world. Arabal, this year, coincides with Alba’s transformation into the world’s largest smelter with Line 6 Expansion Project.”

Adding further, he said that the conference will highlight a number of pressing topics including the challenges faced by the industry. According to him the challenges are mainly emerging in the wake of US-China trade-tensions and geopolitical events and are making the market volatile.

“Nearly 60 per cent of the smelters globally are facing problems because of raw material prices and 60 per cent of these are not making profits,” he said while reflecting on the status of the aluminium market.

“The market is, however, recovering,” he remarked. According to him the prices of alumina, for instance, had reached around $700 per tonne last year which have now come down to $280.

“The market situation in terms of prices or raw materials like alumina, is however, improving. It's (the market) picking up a little bit … it’s still in deficit largely and the trade dispute between the US and China is making the situation volatile,” he added.

Alba, he said has been able to face the market challenges by focusing on three factors: safety; production and costs.

“High cost smelters, don’t really have any other choice – they will either have to shut down or to will operate with loss, just like in China. It will not sustain for long time,” he commented.

Emerging as a global platform for the world aluminium industry leaders, the two-day conference, which will be held under the theme ‘Shaping the Future of Aluminium in the Arab Region’, is expected to attract more than 400 delegates from the whole spectrum of the aluminium industry (upstream, midstream and downstream).

It will also feature over 35 speakers and experts from leading aluminium organisations, including GE, International Aluminium Institute, CRU, Emirates Global Aluminium (EGA), Fastmarkets and LME, Aluminium Stewardship Initiative amongst others, it added.

The conference will shed light on a number of pressing topics such as ‘impact of current economic challenges on the aluminium industry’, ‘outlook for the global aluminium industry in light of depressed LME prices’, ‘energy efficiency and its impact on energy costs, ‘environment, sustainability and recycling’ and most importantly ‘Bahrain post Line 6’, it said.

Line 6 Expansion Project progress has been fast-paced since then with successfully starting 212 pots, which is equivalent to 50 per cent of Potline 6 total capacity. Alba is now looking at the safe commissioning of the remaining 212 pots.

US-China trade-tensions and geopolitical events have taken its toll on investors and added bearish dimension to the overall market sentiment. – TradeArabia News Service