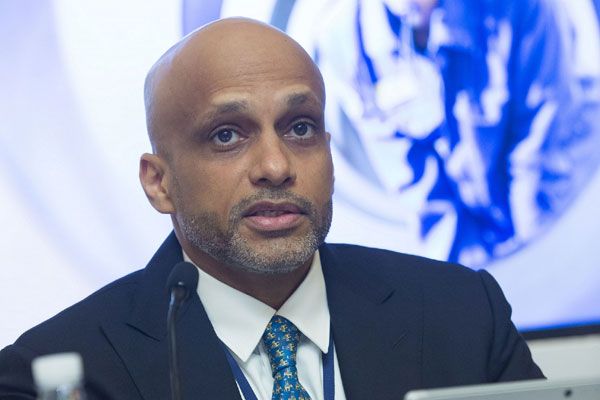 The World Steel Association, one of the largest and most dynamic industry associations in the world, has forecast that global steel demand will grow by 3.9 per cent to 1.78 billion metric tonnes (MT) this year.

Global steel demand remains resilient despite an uncertain global economic environment, driven by developing and emerging economies, stated the Association, while revising its 2019 short-range outlook (SRO) at its General Assembly in Monterrey, Mexico on Monday.

Providing an updated SRO, Worldsteel pointed out that the global steel demand is expected to grow by another 1.7 per cent in 2020 to 1.8 billion MT. as emerging and developing economies, excluding China, increase contributions, it stated.

According to the Association, the global steel demand growth will be driven by China. This year, steel demand in China is set to grow by 7.8 per cent to hit 900.1 MT and the rest of the world is expected to record 0.2% growth to 874.9 MT.

In 2020, Chinese steel demand is expected to grow by 1%, whereas steel demand in the rest of the world will grow by 2.5%, driven by 4.1% growth in the emerging and developing economies excluding China.

Commenting on the outlook, Saeed Ghumran Al Remeithi, the Emirates Steel CEO and chairman of the worldsteel Economics Committee, said: “The current SRO suggests that global steel demand will continue to grow in 2019, more than we expected in these challenging times, mainly due to China. In the rest of the world, steel demand slowed in 2019 as uncertainty, trade tensions and geopolitical issues weighed on investment and trade."

Manufacturing, particularly the auto industry, has performed poorly contracting in many countries, however in construction, despite some slowing, a positive momentum has been maintained, he noted.

While the global economic outlook is highly unpredictable, we expect to see further growth in steel demand in 2020 of 1.7%, with emerging and developing economies excluding China contributing more, said Al Remeithi.

"This forecast faces significant downside risks if the current level of uncertainty prevails," he added.

Chinese steel demand showing high growth in 2019 owing to a strong real estate sector, but forecasted to slow down in 2020

While the Chinese economy continued to decelerate and is expected to record its lowest GDP growth since 1992, steel demand is still expected to grow by 7.8% in 2019, largely driven by real estate investment.

In the first seven months of 2019 China’s real estate market reported the strongest performance over the same period for the last five years. Firstly, due to the relaxation of control policies in tier 2 to tier 4 cities and secondly the newly implemented construction standard, put into effect in April 2019, estimated to have increased steel intensity in new buildings by about 5%, said Al Remeithi.

Conversely, China’s manufacturing sector is experiencing a significant slump due to the slowing economy and the effect of trade tensions. The Chinese automotive industry has contracted for 13 months in a row, stated the Association.

"We expect the Chinese economy to worsen in the later part of 2019 and in 2020 with the unresolved trade tensions adding further pressure," noted Al Remeithi.

"It is unlikely that the Chinese government will reintroduce substantial stimulus measures as it continues to hold a balance between containing the slowdown and pushing forward its economic restructuring agenda," he noted.

Selective mild stimuli focused on infrastructure and strengthening consumer purchasing power through tax cuts is more likely.  The auto industry could benefit from such stimulus in 2020, he added.-TradeArabia News Service