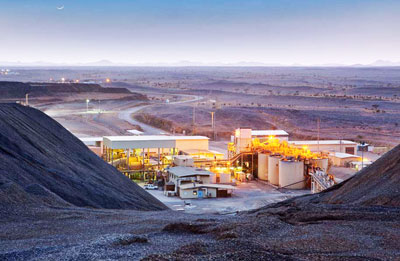 The Russian Investment Fund has also signed the pact as a third party in bid to strengthen the areas of collaboration between the two companies.

This comes as part of an MoU which was signed during the visit of King Salman bin Abdulaziz to the Russian Federative Republic.

Under the agreement, Ma’aden and PhosAgro will also promote the exchange of technical expertise aimed at increasing efficiency in production and manufacturing quality through field site visits.
Additionally, the parties will collaborate to minimize any negative impact on the environment and expand the use of eco-friendly phosphate fertilizers globally, said the statement from Maaden.

The Russian Investment Fund will help facilitate opportunities for cooperation and strategic partnerships between the two parties, it added.

Ma'aden, together with its global partners, has launched industrial projects and manufacturing complexes, in the industrial cities of Ras Al Khair and Wa’ad Al Shamal where the current production capacity of phosphate fertilizers is 6.15 million tonne.

This will strengthen the kingdom’s position as a strategic player in promoting the stability of global food security.

Recently, the company acquired The Meridian African Group, which is a strategic move to build global distribution channels for fertilizer products.

This comes at a time when the company is establishing itself as one of the world's largest producers and exporters of phosphate fertilizers.

Ma’aden said it contributes to the fertilization of about 70 million hectares of grain-growing land, estimated to produce about 200 million tonne grain and enough to feed about 500 million people annually.