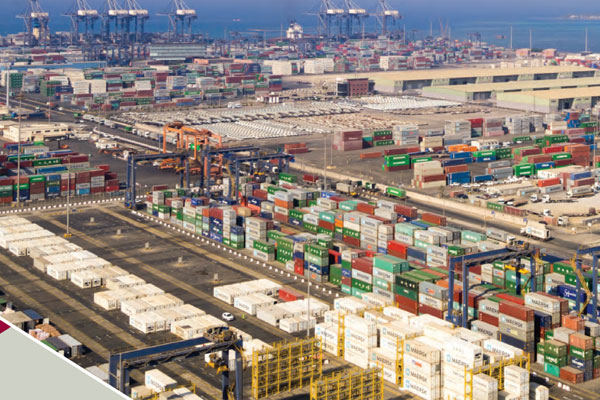 Saudi Ports Authority has launched the AlKhomra Logistics Zone in Jeddah, the largest of its kind in the kingdom, for investment to the private sector.

The logistics zone, which will be built in phases, comes as part of the government's plans to make the kingdom a hub in the trade exchange movement, especially between the continents of Europe, Asia, and Africa.

The AlKhomra zone – which will support activities around shipping, freight distribution and transport of goods – extends over 2.3 million sq m in Jeddah, home to one of the kingdom’s largest ports. Phase One of the project will come up over a 2-million-sq-m area.

Announcing the launch, Minister of Transport Dr Nabeel bin Mohamed Al Amudi, said: "AlKhomra is an umbrella for a number of logistics zones and platforms to be launched in the coming period through a prepared comprehensive strategy and plan."

It will have a significant impact on supply chains and logistics sector in the kingdom, stated the minister while delivering his speech on the opening day (October 13) of the Third Saudi Logistics Conference at the Four Seasons Hotel, Riyadh.

As the biggest logistics zone in the country, it hopes to turn Saudi Arabia into a global logistics hub and create 10,000 direct jobs, said Al Amudi.

It is part of the broader National Industrial Development and Logistics Programme, which aims to create 1.6 million jobs and attract investments worth SR1.6 trillion ($427 billion) over the next decade.

Al Amudi pointed out that the Saudi government under the leadership of King Salman and HRH Crown Prince, was keen on improving the various sectors of business and production in the kingdom to enhance the national economy.

Under its ambitious reform strategy, the kingdom plans to have the private sector operate much of its transport infrastructure, including airports and sea ports, with the government keeping a role as regulator, he added.-TradeArabia News Service