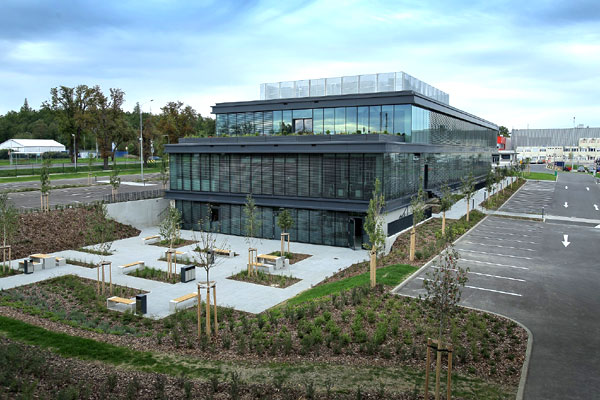 Doosan Bobcat, a world leader in the manufacture of compact construction machines, today (October 14) announced the opening of its new headquarters for the EMEA (Europe, Middle East and Africa) region at Dobris in Czech Republic. Its base was earlier in Waterloo, Belgium.

Built at an investment of almost CZK3 billion ($128 million), the Dobríš campus houses the company's management and the 1,400 employees.

The newly-erected building also complements the production plant and the training and innovation centre, where Bobcat machines are created for Europe and the rest of the world.

This year alone, the company's investments in Dobris will reach €20 million ($22 million).

In 2018, Doosan Bobcat’s revenue for the EMEA region surged to €765 million, with the Dobris factory producing a record 17,206 machines, said the statement from the top construction equpment maker.

Bobcat's history dates back 60 years and has become synonymous with skid steer-loaders in most of the world. It has been operating in the Czech Republic since 2001.

A major development came in 2007 with the construction of a new production plant for loaders and mini-excavators and the takeover by the global Doosan Group, it stated.

In addition to the new production capacities, Doosan Bobcat has also built an extensive training centre, and, above all, an innovation center.

This year, the company plans to increase production by 20 per cent and break through the barrier of 20,000 machines for the first time.

Worth €10 million, the three-storey headquarters building covers a surface area of 1,561 sq m and will offer more than 3,370 sq m of office space for 200 employees.

Investments were also made to create more than 7,000 sq m of green areas around the building. The ample parking facilities include charging stations for electric vehicles.

Doosan Bobcat EMEA President Gustavo Otero said: "With the opening of the new headquarters in Dobris, we are completing an investment which – thanks to the concentration of development, production and management of the company in one place – is of socio-economic importance for the whole region and exceptional within our industry."

"During Doosan Bobcat's operations in the Czech Republic, we have invested approximately €120 million, increased production five-fold, and more than tripled the number of employees. In the future, we expect a further recruitment of blue-collar professionals and expert positions in development," he added.-TradeArabia News Service