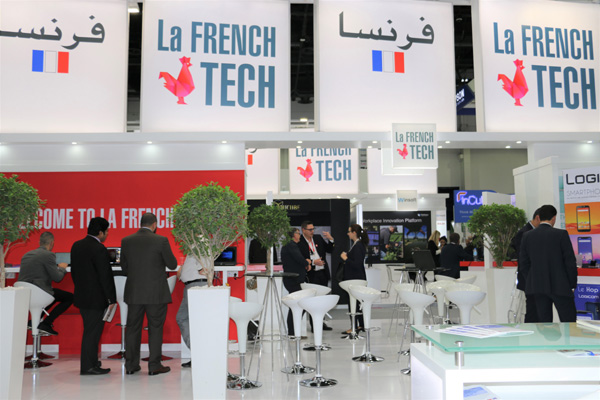 Business France, the national agency supporting the international development of France’s economy, will help French companies showcase their latest technologies and innovations at its tech pavilion at the upcoming Gitex, to be held next month in Dubai, UAE.

The event will take place from October 6 to 10, at Dubai World Trade Center (DWTC).

Amadeus, one of the leading providers of travel technology, will be the official partner of the French Pavilion which will headline national companies driving the latest advancement in fintech, e-commerce, e-government, cybersecurity, blockchain consulting, smart cities, the IoT, VR/AR and Artificial Intelligence, said a statement.

This year, the French Pavilion will also showcase innovations by French startups who are ready to share breakthrough solutions and meet stakeholders attending the show, including Wizaplace, a marketplace solution for e-commerce, Token Capital, a blockchain consulting company, Dawex, a provider of data marketplace platform, Bertin IT, specialist of cyber intelligence, Two-i VCA, a comprehensive solution to analyse videos to enhance security or enable proactive and focused business decisions by collecting metadata, as well as Blue Whale Company, offering a range of autonomous, ready-to-use connected 2G and NBIOT products for the reduction of water consumption and for multi-energies control and probes measurement.

Christelle Peyran, regional head of the tech division at Business France Middle East, said: “On behalf of Business France, it is with great honour to participate once again at Gitex as committed partners over the last six years.”

“It is an exciting year for La French Tech and we look forward to introducing startups with revolutionary new ideas to the potential investors visiting, while our highly regarded companies look to meet with new partners as part of their business expansion,” Peyran added.

France is achieving strong growth in the technology space internally and through foreign direct investments. The technology economy growth presented a turnover of over €1.1 billion ($1.21 billion) in 2018. The growth of “smart” connected objects increased to 17 per cent compared to 2017 (GFK, 2019).

The spectacular rise in funding startups through venture and growth capital is also making France one of the world’s leading startup nations. In a recent EY Venture Capital survey, France was ranked second in Europe for fundraising, both in terms of the number of deals and the sums raised, which exceeded a record of €3.2 billion ($3.54 billion) in 2018 (up 28 per cent).

Amadeus’ solutions connect travellers to the journeys they want through travel agents, search engines, tour operators, airlines, airports, hotels, cars and railways. The company developed its technology in partnership with the travel industry for over 30 years.

Amadeus combine a deep understanding of how people travel with the ability to design and deliver the most complex, trusted, critical systems, helping connect over 1.6 billion people a year to local travel providers in over 190 countries. Amadeus is really passionate in its pursuit of better technology that makes better journeys.

Amadeus, as the official partner of the French Pavilion, will award the most innovative French Tech company of the Pavilion, it stated. – TradeArabia News Service