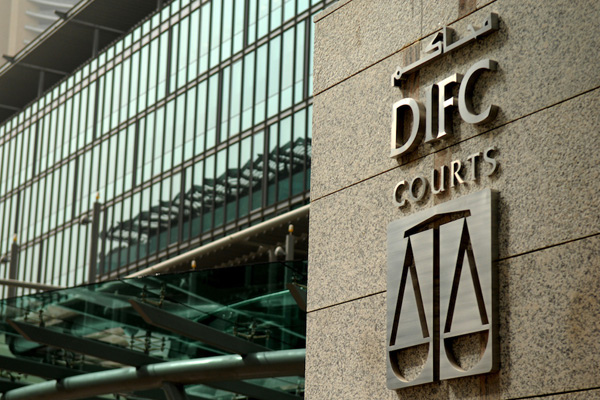 The total volume of cases across all divisions of the Dubai International Financial Centre (DIFC) Courts was 463 for the first six months of 2019, a 25 per cent increase from the first half of 2018.

With the English-language, common law courts continuing to assist global businesses resolve their largest and most complex disputes, and while becoming the increasingly prevalent forum for settling the smaller claims of corporations, SMEs and individuals helped achieve the figures, said a statement from DIFC.

The main Court of First Instance (CFI), including arbitration-related cases and counter claims, continued to provide business certainty, with the total value of cases recorded as Dh2 billion ($544.49 million), it said.

The period was also notable for a significant increase in the number of enforcement cases, indicating the assurance businesses have in the DIFC Courts to collect on money judgments. The total caseload of enforcement claims filed witnessed a 16 per cent increase from the first half of 2018, with a total of 101, rising from 87 in the same period in 2018.

The dynamic delivery of the region’s first Small Claims Tribunal (SCT) in the first six months of 2019 was particularly striking, with its case load increasing by 34 per cent to 321 claims (H1 2018: 240 cases).

This growth was partly driven by greater awareness campaigns through local strategic partnerships, including a cooperation agreement with Dubai Healthcare City Authority (DHCA) and the launch of the Special Complaints Referral Centre (SCFC).

“When it comes to resolving disputes, businesses like choice and they need certainty - few rational companies would invest money, resources or intellectual property in a country with questions marks around legal protection,” she said.

Al Owais continued: “Likewise, effective commercial courts are essential enablers for local companies to thrive and have become major points of difference within the region in the race for global investment.”

“Businesses and individuals in Dubai are free to choose between litigation and arbitration; common or civil law; English or Arabic language - whichever system best suits their specific needs. Our performance so far this year speaks to the maturity of the DIFC Courts, our position as a valued public service, and cements our status as a regional leader in the field of commercial justice,” she added.
The first six months of 2019 witnessed a total of 549 wills registered at the DIFC Courts, bringing the total since the inception of this ancillary service to over 5,160, with more than 85 lawyers representing more than 80 law firms, based in the UAE and overseas, registered as Wills Draftsmen.

In July 2019 the DIFC Courts announced changes to the rules of wills registrations, which will now accommodate all resident and investor assets across the Emirates, as well as assets held outside the UAE.

Effective from July 1, 2019, the Courts’ Wills Service Centre also confirmed that existing wills registered with the Courts can be amended free-of-charge until August 31, to include UAE-wide assets and assets outside the UAE.

In 2019 the DIFC Courts also signed a cooperation agreement with the Dubai Land Department (DLD) to ensure that its public service offering through the Wills Service Centre will complement and reinforce the overall service with the DLD to property purchasers, it stated. – TradeArabia News Service