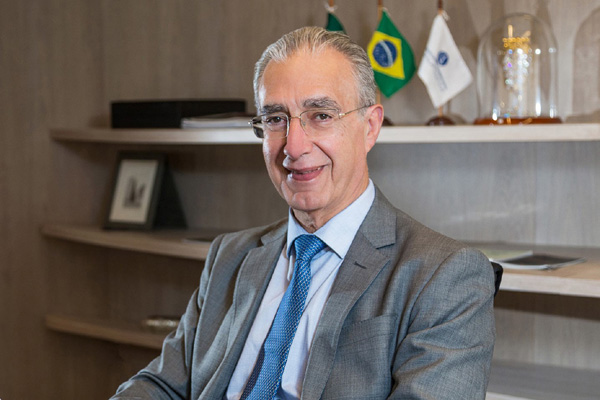 The Arab Brazilian Chamber of Commerce (ABCC) has launched the Arabic version of the Brazil-Arab News Agency (ANBA), as part of the continuing efforts to bring Brazil closer to speakers of the Arabic language.

According to Rubens Hannun, president, ABCC, the launch of the ANBA's Arabic version showcases the strong relations being maintained by Brazil and Arab countries, which also impresses upon the respect and importance placed in the cultures involved.

He further explained that Brasilia is expected to provide easier access in the Arab world to news on Brazil and its relations with the Middle East and North Africa (Mena).

Hannun said: “Solid relations are built upon respect to the cultures involved, so we have ANBA in Arabic for the Arabs, ANBA in Portuguese for the Brazilians, and ANBA in English for the world at large.”

In his speech, Hannun showed that Brazilian-Arab trade figures from 2001, which was two years before ANBA went online, until 2018, went up by 413 per cent, while Brazil’s trade with the world grew by a lesser rate at 312 per cent.

“We ended 2018 as the fifth-biggest partner, and now, seven months into the year, our exports to Arab countries have gone up by 17 per cent, meaning we have already climbed to number three,” Hannun shared.

Also speaking at the event was Alexandre Rocha, editor-in-chief, ANBA, wherein he introduced the website’s Arabic version and its various sections and subject matters.

The launch event also served as a perfect time for the ABCC to reveal its latest victories and plans for the future, including the organisation’s strategic plans for 2018-2028, which is aimed at making Arab countries into Brazil’s third biggest partner in trade.

The ANBA was established in 2003 with an aim to fill a gap in Brazilian-Arab communication. Since its creation, the news agency has already released over 50,000 articles between in Portuguese and English versions--featuring business opportunities for Brazilians and Arabs alike. As of August 14, 2019, the website has started featuring news articles in Arabic. – TradeArabia News Service