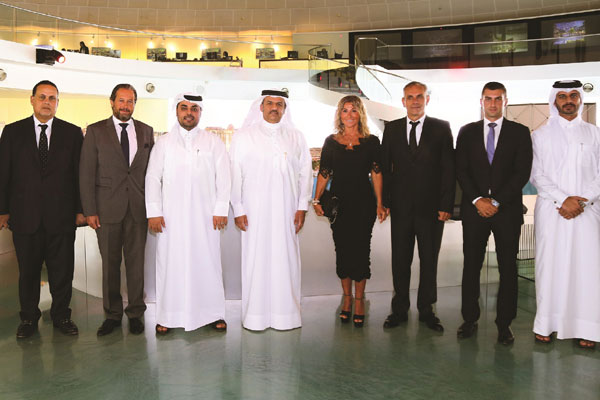 As per the deal, the two companies will undertake the design, manufacture, supply, delivery, construction, installation, erection, commissioning and testing of Gewan Island’s marine works package.

UDC, also the master developer of The Pearl-Qatar, said the marine works involve dredging, reclamation fill, and the provision and installation of core, armour, geotextile materials and concrete elements as well as the supply and installation of selected fill and beach sand material.

Gewan Island is UDC’s latest real estate project next to The Pearl-Qatar Island spanning 400,000 sq m, being built at a total investment of QR3 billion ($818 million).

On completion, it will house 3,500 residents and 3,000 daily visitors and will be home to 712 units, including 639 apartments, 41 waterfront villas (out of which 20 villas are standalone villas), 26 beachfront villas, six island villas, in addition to 11,000 sq m of retail space and a number of multiuse buildings, said te statement from UDC.

The island, which derives its name from the full-round, pink-tinted and perfectly shaped pearl from Qatar’s marine heritage, will support a mix of property types, catering for different accommodation and investment needs, it stated.

"We have initiated the preparation works for the construction of the Island, where the completion of building the boardwalk wall will be in February 2020," he stated.

Al Khayyat said: "Working with UDC on Gewan Island project is an imperative and exciting point of our business. We look forward for a fruitful partnership with UDC, where we will strive for the highest quality and success to accomplish this project."

On the new contract, Chamoun said: "Promar Marine was proud to be part of this development initiative that seeks out a fulfilling, positive and developed future."

The upcoming Gewan Island will boast a golf course, an air-conditioned outdoor Crystal Walkway which acts as the Island’s spine, green parks and which will attract new brands to Doha. The island will also be home to entertainment facilities, a sports club and a mosque, said the statement.

The island’s design incorporates a number of sustainability features to reduce the use of vehicles and encourage walking and biking through dedicated pedestrian and cycling networks in addition to roads connecting the Island to the public transportation network, it added.-TradeArabia News Service