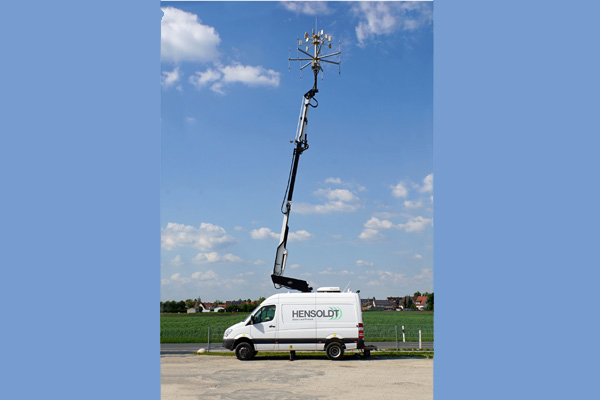 The three-day event will conclude on June 28.

In addition to a series of expert lectures, Hensoldt will be represented there with its newly developed ‘Twinvis’ passive radar and a collision warning radar system for drones that recently went through flight tests, said a statement.

Ryszard Bil, chief technology officer, Hensoldt, said: “Radar technology has made enormous progress in connection with digital technology and methods of artificial intelligence, which we as sensor specialists are driving forward on a massive scale.”

“As a result, we are now in a position to offer solutions for autonomous means of transport or military information acquisition that would have been unthinkable just a few years ago,” he said.

During the conference in the Ulm Congress Centre, Hensoldt will show its Twinvis passive radar in live operation.

The system integrated into a van analyses the echoes of signals from radio or TV stations so as to create a recognised air picture within a radius of more than 200 km in real time, without itself emitting any signals. Also on display will be the airborne surveillance radar PrecISR (pronounced as ‘preciser’), which translates the latest findings in active array antennas and digital receivers into a scalable high-performance sensor that can be installed on board helicopters, drones and mission aircraft.

A state-of-the-art radar system for air traffic control and a collision warning radar for drones will round off the presentation of the Ulm-based sensor specialist.

Approximately 300 international experts are expected to attend this year’s Radar Symposium, which has been organised by the German Institute of Navigation (DGON).

Various topics concerning radar applications in the automotive, aerospace, defence and security industries as well as medical technology will be discussed on this occasion.

The event promotes discussions about the latest radar technologies, including those related to future issues such as artificial intelligence (AI), robotics, Industry 4.0 and cybersecurity, between students, young academics, scientists, industry representatives and users. – TradeArabia News Service