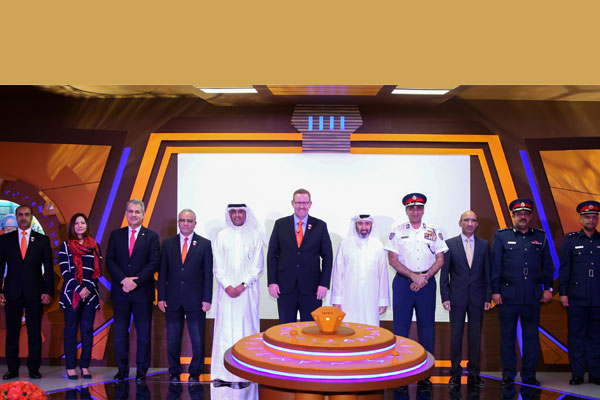 Aluminium Bahrain (Alba), known for its strong safety culture, has launched its special summer Safety Campaign, in line with the CEO’s 2019 expectations, under the theme “Safety Gateway.”

The week-long campaign will feature a number of presentations by top executives and safety visits to operational and non-operational departments, urging the employees throughout the company to maintain the highest level of safety and achieve zero heat-stress incidents during the hot summer months.

The opening ceremony held at Alba Oasis Hall held on June 23 was attended by board chairman Shaikh Daij bin Salman bin Daij Al Khalifa and Alba board directors Osama Alarrayedh and Mutlaq Al Morished besides executive management led by the CEO Tim Murray along with managers and Alba employees as well as officials from Alba contracting companies.

Commenting on this occasion, Shaikh Daij said: "We think Safety First in everything we do. Today as we progress with the full ramp-up of Line 6 Expansion Project, we are proud to say that safety is a way of life in Alba."

"I would like to thank all Alba employees and contractors for going the extra mile in making Alba a safe haven for us all," he added.

Addressing the gathering, Murray, said: "Safety is a never-ending journey in Alba. With Alba’s transformation with Line 6 Expansion Project, we must think differently and the only way to embrace the change is through belief."

"Our safety-tailored campaigns differ every season but communicate one message to employees and contractors – safety first at all times," he added.-TradeArabia News Service