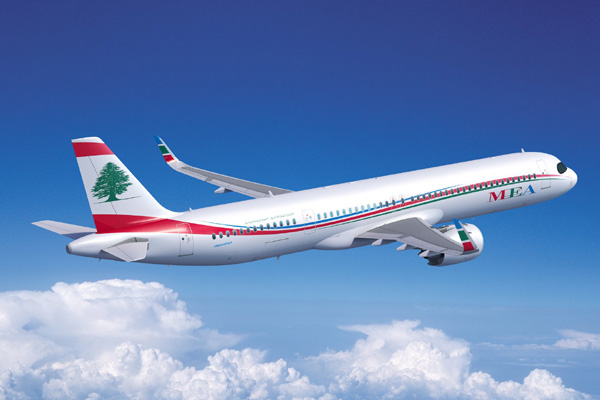 This order represents the conversion of option aircraft that were announced as part of a 2018 firm order, and brings MEA’s total firm orders to 15 aircraft, said a statement.

Pratt & Whitney will also provide Middle East Airlines with engine maintenance through a long-term EngineWise service agreement as part of the original order, it said.

Mohamad A El Hout, chairman and director general, Middle East Airlines, said: “We look forward to welcoming the A321XLR aircraft into our fleet.”

“The economic and environmental benefits of the Pratt & Whitney GTF engine are ideal for our long-range flight operations, while offering the added benefit of a quieter flight experience for our passengers,” he said.

Rick Deurloo, chief customer officer and senior vice president, Customers at Pratt & Whitney, said: “The relationship between our company and MEA dates back decades and most recently to 1997 with the introduction of their V2500-powered A320/A321ceos.”

“Now, we are honoured to extend this strong partnership as the airline becomes one of the first operators to select the Airbus A321XLRs powered by the GTF engine. The GTF engine provides the thrust and fuel efficiency allowing airlines to open new routes and expand the range of their operations,” he said.

Since entering into service in early 2016, the GTF engine has demonstrated its promised ability to reduce fuel burn by 16 percent, to reduce nitrogen oxide emissions by 50 per cent compared to the regulatory standard and to reduce the noise footprint by 75 per cent, it added. – TradeArabia News Service