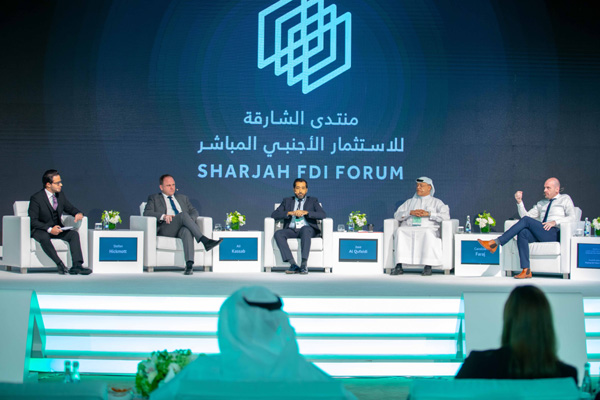 Top financial experts and business leaders will discuss an array of topics encompassing the realities of regional and global investments within the context of fast-changing commercial and geopolitical developments at a forum in Sharjah, UAE, later this year.

The Sharjah FDI Office (Invest in Sharjah) announced the dates of the fifth edition of their annual flagship event – the Sharjah FDI Forum – to be held on November 11 and 12.

Held under the patronage of HH Sheikh Dr Sultan bin Muhammad Al Qasimi, Member of the Supreme Council and Ruler of Sharjah, the event will be hosted at Sharjah’s Al Jawaher Reception and Convention Centre (JRCC).

The upcoming edition of the region’s first-of-its-kind forum will explore existing and emerging opportunities in major FDI sectors in the UAE and the region, look at variations of protectionism adopted by economies, and shed light on the ever-increasing role of technological advances in determining the inflow/outflow of foreign direct investments, said a statement from organisers.

The event is expected to host 1,000 leading regional and global names from a multitude of industries, who will be deliberating on the future of FDI behaviour worldwide, it said.

Mohamed Juma Al Musharrkh, chief executive officer of Invest in Sharjah, noted that the forum’s dates were finalised after discussions with both public and private sector investment entities.

He also said that Sharjah FDI Forum 2019 will lay particular emphasis on new technologies, solutions and inventions, which will open new opportunities for investors.

He stated that details of the forthcoming edition will be announced later.

The fourth edition of the Sharjah FDI Forum was organised in December 2018 under the theme ‘Shaping the Future of Economies’ bringing together a host of international economy experts.

It received a regional and global attention, given the important topics that it discussed like the novelties of local and global investment, as well as the role of the fourth industrial revolution in the future of national economies.

The event monitored the development dimension of investment, the impact of the value-added tax (VAT) on consumer and investment markets and the impact of digital transformation on public and private sector performance, it stated. – TradeArabia News Service