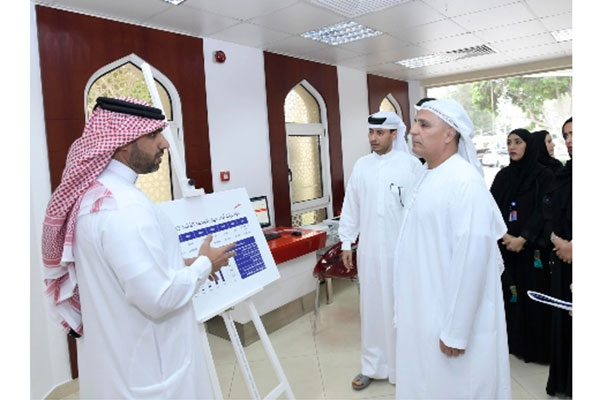 The I-Counter, which can be easily relocated, can process all transactions that can be availed via the Smart Kiosk, except for cash payment, and printout of transactions.

Services offered through the I-Counter include query, payment of traffic fines, licensing/renewing of vehicle registration, and issuing/renewing driver license. They also include issuing of replacement of a lost vehicle registration card, certificate of owning/not owning a vehicle, replacement of a lost driver license, insurance premium reimbursement certificate, and clearance certificate. In the near future, more services will be added, such as the refund of payments, and the top-up of nol cards/seasonal parking cards. It serves customers in five languages (Arabic, English, Malayalam, Urdu, and Chinese).

Al Tayer was briefed about the performance indicators of self-service machines. The number of transactions processed leapfrogged from 69,811 transactions in 2017 to 296,000 transactions in 2018, recording a massive growth rate of 324 per cent. Vehicles licensing services accounted for 53 per cent of total transactions processed by self-service machines, followed by driver services, which amounted to 21 per cent.  The remaining were shared between payments, queries, seasonal cards, collection and certificate issuing services.

Al Tayer also reviewed initiatives developed to enhance the customer experience, including upgrading the automated queuing system through reading the ID card details and sending a digital ticket to the customer's phone. An escalation process was also linked to the queuing system such that the Head of the Centre and Section Manager are notified in case of failure to achieve the targeted waiting and service delivery time.  – TradeArabia News Service