ACT achieves success in reducing use of energy, water 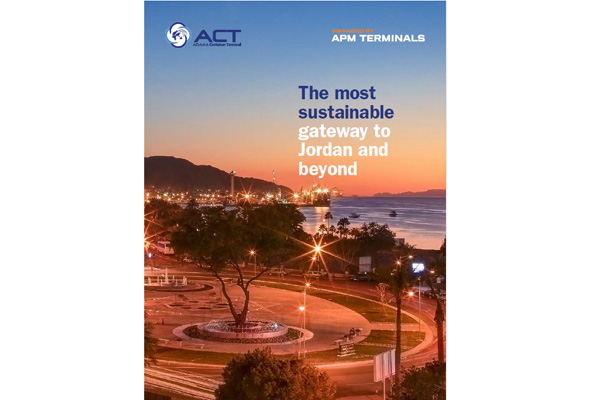 Aqaba Container Terminal (ACT), a gateway to the Levant region and beyond, has achieved major successes in its effort to reduce use of energy and water, according to the company's eighth annual sustainability report.

The report was released earlier this month. It marks almost a decade of continuous and comprehensive efforts to make the terminal a greener, more sustainable company.

Throughout the year, ACT has taken every opportunity to improve themselves in terms of environmental impact and sustainable socio-economic development, while operating the terminal with the highest levels of efficiency.

These initiatives, in addition to the extensive employee hazardous materials training, have created an environment of green, eco-friendly proactivity that sets a glowing example for other parties within the sector.

ACT’s social contribution to the kingdom is built upon its highly-trained and highly-nationalised workforce, its highest safety standards, and just giving back to the families and the surrounding communities through its extensive CSR programme.

The workforce, which consists of 99.4 per cent Jordanian employees are empowered after in-depth training and development programs, and enjoy second to none benefits covering housing, transportation, education, healthcare on top of competitive salaries.

Since 2016, ACT provided over 18,000 volunteer man-hours and over half a million JOD to its surrounding area, as well as distributing school supplies to 2,250 underprivileged children, and 2,600 vital food parcels to families in need.

Steven Yoogalingam chief executive officer said: “We have a role to play in Jordan as a good and responsible corporate citizen, and we will keep doing so with utmost respect for the country, its people, and its resources.”

“Our sustainability report shows with full transparency the work that we are doing in Aqaba and in the kingdom, and the impact that we are having socially, environmentally, and commercially. We will continue to operate with the highest international standards and strive for continuous improvement,” he added. – TradeArabia News Service