Saudi growth to pick up, surplus may not last: study 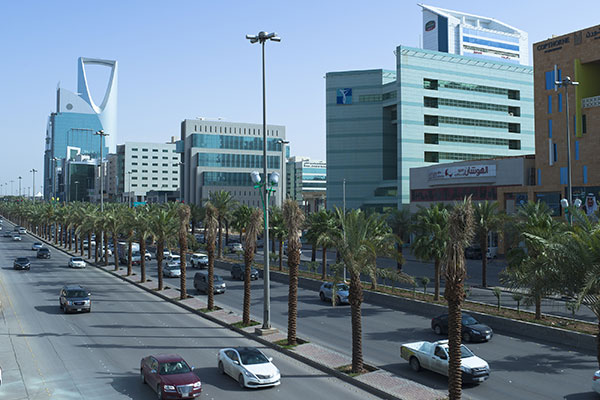 Saudi Arabia’s fiscal surplus experienced during the first quarter of this year is unlikely to last, even as non-oil economic growth ios expected to pick up during the year, said a report.

The likely ramp-up in budget expenditures and, in particular, off-budget capital spending after the completion of the Sabic-Aramco-PIF deal, suggest non-oil activity is likely to pick up going forward, said the BofAML’s latest Global Emerging Markets Weekly report.

Saudi Aramco's increase in dividend payments (74 per cent  yoy) in 1Q19 brought annualized oil revenues on track to exceed the budget target. Oil revenues stood at SR169 billion ($45.1 billion) in 1Q19, up 6 per cent  qoq and 48 per cent  yoy. This is despite lower oil production and prices qoq. Some oil revenues to the budget may accrue with a quarter lag. However, to stay in line with the full-year budget oil revenue target, dividend payments would need to remain at this level, or crude oil production and prices may need to increase further.

Compensation of employees and social benefits remained at elevated levels. Spending control, particularly on the capex side, kept the annualized overall spending pace at just 80 per cent  of the annual budget target. This suggests that spending is likely to increase in coming quarters, particularly given the seasonally low spending figures in the first quarters of the year.

Budget over-financing in 1Q19 reduces the risk of over-reliance on international debt markets to finance deficits over 2019. This is in line with BofAML’s trip take-aways, after the 2019 budget assumptions could have suggested high external borrowing needs.

The partial use in 1Q19 of the proceeds of the January external bond issuance suggests that the remainder of the proceeds ($5.1 billion) may have still not been repatriated. They could be used for budget financing over the remainder of 2019. The timing of the USD dividend payment of Saudi Aramco could explain the increase in government deposits in SAMA (SR51 billion; $13.7 billion) and SAMA Fx reserves (SR56 billion; $14.9 billion) in March.

The Saudi response to Iran sanctions could lead to higher oil production. BofAML estimates that every 250,000 bpd annual swing to Saudi oil production represents a change in its fiscal breakeven oil price by $2.2/bbl, leading to a 0.5ppt change in the fiscal balance, and a 0.8ppt change in real GDP growth.

BofAML expects the 2019 fiscal deficit to widen to SR230 billion ($61.5 billion; 7.7 per cent  of GDP) based on oil prices of $70/bbl and crude oil production of 10.2 million bpd, and on the assumption that Aramco dividends normalize.

The report suggested that planned mega-projects could add up to c2ppt to real non-oil GDP growth in the medium-term. The possible finalization of the Saudi Aramco-Sabic-PIF deal could unlock $69.1 billion of financing to the PIF. This could support a first phase of mega-projects. Authorities suggest the transaction would close in 2020, implying the growth impact of PIF's off-budget capital spending could start to be felt next year.

Authorities suggest that Aramco would fund the transaction through a) a cash payment of 50 per cent  of the purchase price (adjusted for certain expenses) on the closing date; and, b) a seller loan in an amount equal to 50 per cent  of the purchase price ($34.5 billion). The seller loan will be secured by two separate promissory notes issued by Saudi Aramco in favour of the PIF.

The loan will be payable in two equal tranches due on 31 December 2020 and on 31 December 2021, each equivalent to 25 per cent  of the purchase price plus a loan charge of $0.25 billion ($17.5 billion). In the meantime, press reports suggest that the PIF is seeking to raise two syndicated loans of SR14 billion and $8-10 billion this year. – TradeArabia News Service