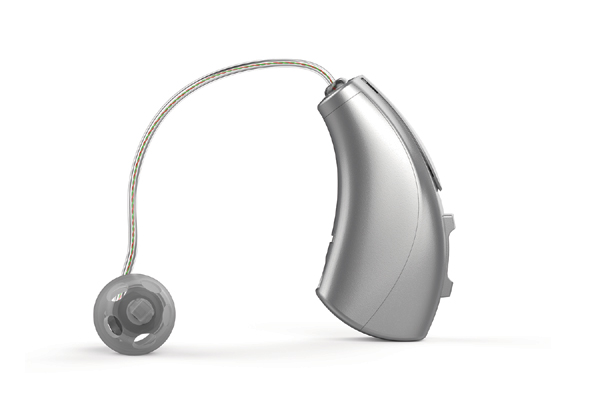 Starkey Hearing Technologies, a US-based world leader in manufacturing and delivering advanced hearing solutions since 1960s, introduced it to the markets at a gala launch ceremony in Abu Dhabi.

The premiere of the unique product in the UAE is the first in the Middle East after its launch in the US and Canada.

The device is of immense practical benefits for those having hearing impairments and People of Determination suffering from normal hearing functions. It has Siri integration for reading texts and emails, in addition to having an adaptive car mode, personalised memories, remote control, personal control and language translation.

Livio intuitively connects to Apple and Android devices via Bluetooth technology. It also has a remote microphone and streaming of audio can be done from TV or other electronic audio source directly.

The device monitors the body, gives fall detection alerts and heart beating rates, device location device, cloud adjustments, brain sound and body activity tracking. The highly-sophisticated AI-based product has been described by Forbes and The Wall Street Journal as the most-innovative health aid for patients in the future.

Guests included Starkey representatives and partners from 10 regional countries and the UAE medical and technology leaders.

Bill Austin said that hearing health has been directly connected to overall health and well-being. Hearing loss arises anywhere, from the most peaceful to the more conflicted zones. New eventualities are emerging with newer technology and this product is a classic example of it, he added.

Stating that the World Health Organisation (WHO) has estimated that unaddressed hearing loss poses an annual global cost of $750 billion, he remarked: “We always held a strong belief that the gift of better hearing results in a fuller and richer life. A survey by WebMD says three out of four people said having hearing aids makes them feel more confident in social situations.”

As part of its Hearing Missions strategy, Starkey is participating on the sidelines of the Special Olympics World Summer Game at the Adnec in Abu Dhabi which will be home for over 7,500 athletes from March 14 to 21.

A multi-sports event for athletes with intellectual disabilities, the Special Olympics will have sportspersons from over 190 countries vying in 24 Olympic sports.

Starkey will be supporting the Special Olympics and testing their hearing, supporting them with noise protections, fitting them with advanced hearing devices when needed and following up on their cases when they go home. A team of over 40 professionals have been flown in to support this programme.

In the hearing industry, Starkey is the first company to introduce the sensors and the AI in the hearing aid. Starkey plans to launch Livio Ai soon in India, Germany, UK, France, Brazil, Colombia, Japan, Korea, Australia and Kenya.

“Livio Ai is meant for people who suffer from the sense of hearing to be able to communicate better as well as healthy athletes who need to monitor their movement. It will help inform the user of their body activity and their heart rate right in their ears. Eventually, the Ai (Artificial Intelligence) tracking will inform the user on the best options or output or they can also connect to the doctor or physician and share the data of the user via the cloud,” he said.

“Tracking different responses in the body and the brain is already a massive thing. The ear is the next wrist! People will stop wearing ‘smart watches’ and start wearing ‘smart ear devices’. The ear can track many responses from the brain even better than the wrist. Starkey is committed to help the hearing impaired around the world to ‘Hear Better and Live Better’. The technology is changing the way people look at tracking health devices,” Bechara added.

Mohammed Fathi Abdullatif Kettaneh, chief executive officer of Star Key Hearing, distributor for the Starkey in the UAE, said the availability of the Livio Ai in the Arab world after its first launch in the US and Canada, speaks volumes about Starkey’s commitment to the region. The UAE is the right location to launch the futuristic product, he added.

Tani Austin, co-founder of Starkey Hearing Foundation, said the foundation has been working diligently in many countries around the world, especially war-torn countries and it has remained committed to working to accomplish the (UN’s) sustainable development goals (SDG), which serves as an action plan or global development focused on people, planet and prosperity.

“Our success is measured by the butterfly effect that we are having throughout the world. Change is happening every day, all over the world. “Do not talk about what is wrong, do something that is right,” she added.

Starkey Foundation supports the hearing impaired around the world with its global outreach programme. Bill Austin’s Foundation has donated more than one million medical devices to people with hearing disabilities in many countries, including Africa and Asia, in order to enable hearing impaired people, as well as six Heads of State, to listen and perform their jobs better.

Starkey Foundation has made a commitment to provide 100,000 hearing aids to people in need annually. It has already covered 100 countries. Hearing loss has been directly linked to several chronic disabling conditions like cognitive declines, diabetes, heart diseases, dementia and risk of falling, among others. – TradeArabia News Service