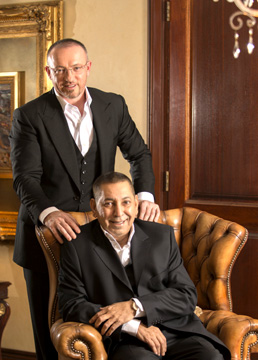 UAE-based Dudu Communications said it has acquired a 50 per cent stake in FerroChrome Furnaces (FCF), a major producer of low and medium carbon ferrochrome based in South Africa.

A software company with offices around the world offering high-end IT solutions, Dudu is owned by UAE businessman Alibek Issaev.

“We aim to corner the low and medium carbon ferrochrome supply markets during the next two to three years, and if that means a price war to achieve market share, we are ready to do battle and we have the resources to do so,” stated Issaev after signing the deal with South African businessman Abbas Moti.

Former Ashanti Goldfields CEO Sir Sam Jonah acts as a non-executive chairman of FCF. The Moti family already has considerable experience in mining technology through its involvement in Kilken and Global Tailings Solutions (GTS), a platinum beneficiation plant at the Amandelbult mine at Thabazimbi, owned by Rustenburg Platinum (Rustplats), a subsidiary of Anglo American.

Following the success of his IT business, Issaev sought to expand and diversify his business interests, amongst others the monetised, multi-lingual social media platform.

When an opportunity arose, the alliance was a good fit and the transaction was the next logical step also having regard to the significant upward demand of low and medium carbon ferrochrome globally.

The international alliance is set to challenge global monopolies in the global supply of the metal and will also bring substantial cash injection into the South African economy and almost double production at the FCF plant over the next two years, said the company chief.

“An international partner such as Issaev places FCF at the forefront of the competition with two other overseas competitors, and will make us the biggest exporter of low and medium carbon ferrochrome within the next three to four years,” he stated.

A privately-owned company, FCF has one of the first private beneficiation smelters of low and medium carbon ferrochrome in South Africa.

The firm has also formalised exclusive supply chain agreements with German-based Metal Partner and a Dubai agency for the distribution of low and medium carbon ferrochrome throughout the world.

Venmyn Deloitte, a division of Deloittes worldwide, with professional expertise in the independent technical and economic assessment and review of mineral projects, conducted the assessment of FCF's operation prior to the conclusion of the investment to determine the compliance and competence of the project.

Abbas Moti said the establishment of the production facility has already created significant opportunities for the local community and the accelerated expansion will add 3000 new jobs directly and indirectly.

"This is in line with the government’s macro-economic plans for job creation and community development, and will further benefit our balance of payments. South Africa has traditionally exported raw materials for beneficiation offshore, and then re-importing refined materials at high cost," he stated.-TradeArabia News Service