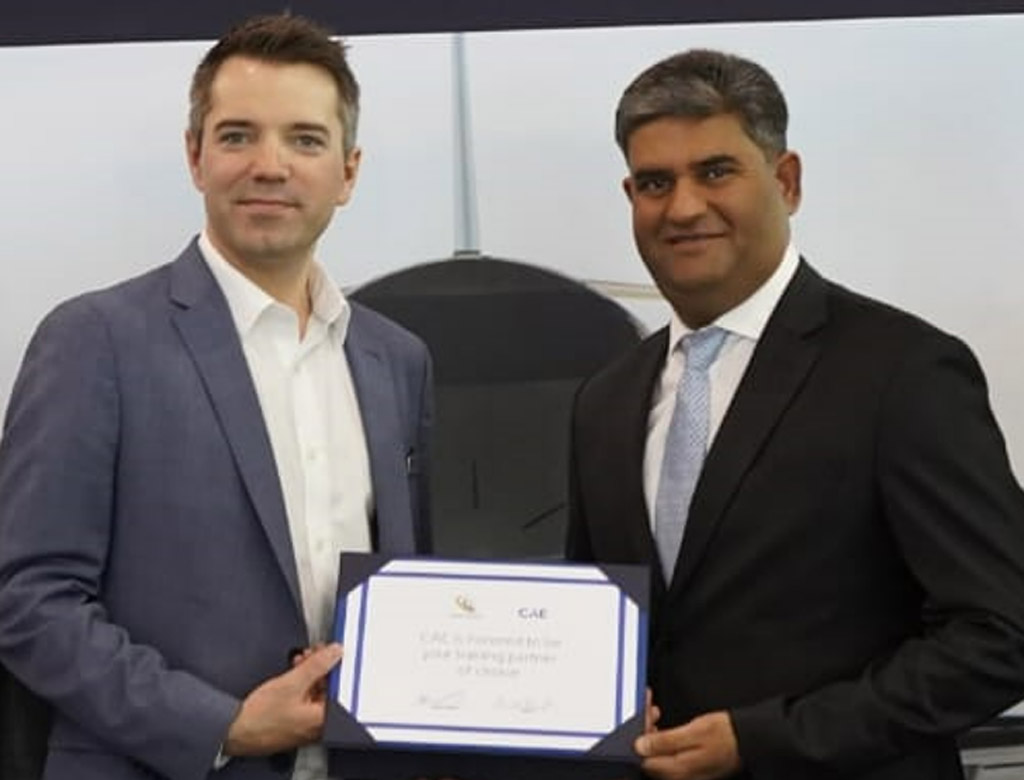 Empire Aviation’s pilots will train at the Emirates Flight Training Centre (EFTC) in Dubai and throughout CAE’s network on business aircraft including the Bombardier Global 6000, Global 7500, Gulfstream G550, G650, Embraer Legacy 650 and the BBJ.

“We want to congratulate Empire Aviation as they celebrate 15 years of award-winning service in business aviation,” said Nick Leontidis, CAE’s Group President, Civil Aviation. “CAE has been a proud partner of Empire Aviation’s from the very beginning, and we look forward to providing industry-leading pilot training to support their continued growth.”

Paras P. Dhamecha, Managing Director of Empire Aviation Group, added: “We have worked with CAE for many years due to the high quality of training and are delighted to extend our relationship in the vital area of pilot training. CAE’s presence in Dubai and worldwide locations has provided ongoing support which is a critical asset for our crew training.”

Based in Dubai, Empire Aviation is an award-winning one-stop shop for integrated business aviation solutions offering aircraft sales, aircraft management, aircraft charter and CAMO services. The company operates one of the largest managed fleets of business jets in the region and has operations in global locations, including the UAE, Europe, India, Africa, and Indonesia. – TradeArabia News Service