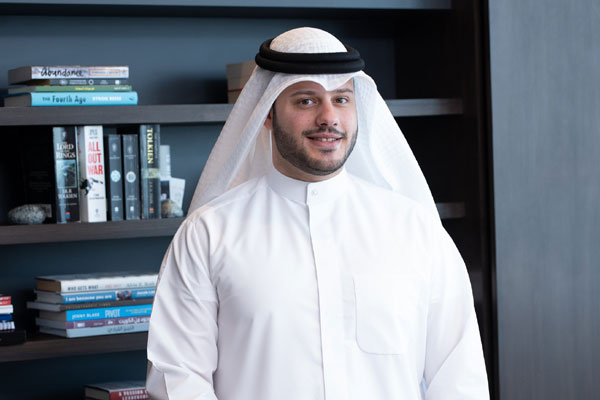 Saudi Arabia is a prime hub for startups in the Middle East region, and its understanding of online business surpasses that of other countries in the region, said a young Arab entrepreneur ahead of  ArabNet Riyadh, a leading Saudi forum focused on digital business.

Athbi Al Enezi, the co-founder of Kuwait-based technology company JustClean, said Saudi Arabia was the easiest country in the Gulf to set up the marketplace application which connects hundreds of laundry services with thousands of consumers.

JustClean, which is exhibiting at Arabnet, also operates a growing logistics operation in the UAE, Kuwait, Bahrain, and Saudi Arabia, as well as a SaaS (software as a service) business.

"It is the largest market with the biggest population, and many changes are taking place, so some of the reasons are obvious,” remarked Al Enezi.

"But we were pleasantly surprised that we were able to set up JustClean operations here faster than anywhere else in the region. Naturally, we had learnt a lot from setting up the business in Kuwait before expanding into Bahrain and the UAE first. But we did not expect to be up and running in Saudi so quickly," he stated.

“Our business is taking laundries from offline to online, and connecting them with consumers, and we were helped by the fact that the understanding of online business in general is booming here,” he added.

JustClean recently spread its Saudi operations from the Eastern Province to Jeddah and Riyadh, and plans to boost its presence in all the kingdom’s major cities as part of expansion plans which will take in overseas markets next year.

“If you want to be everywhere in Saudi, the risk is higher because of the size of the country,” said Al Enezi, among the successful entrepreneurs featured in the Sawalif Riyadiya sessions at ArabNet.

“To make things work, you need offices and teams in cities which are hours apart, so the amount of investment required is three times as much as in any other Gulf country. But the rewards are greater also,” he added.-TradeArabia News Service