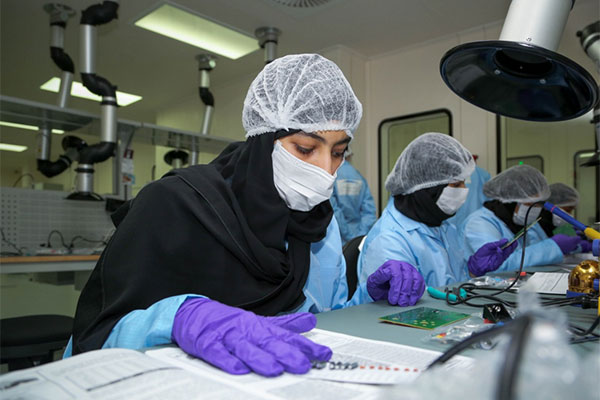 The Mohammed bin Rashid Space Centre in the UAE has announced the opening of registration for its Space Explorer Winter Camp 2019, which will be held from December 15 to 24.

The camp aims to provide students with a unique space exploration experience. It includes sessions run by MBRSC’s experts and specialists, on satellites and clean rooms, the UAE Astronaut Programme, the International Space Station and what astronauts do, robotics, the Emirates Mars Mission – Hope Probe, mapping Mars, and the solar system.

Yousuf Hamad AlShaibani, director general of MBRSC, said: "The Space Explorer Winter Camp 2019 is a great opportunity for students who are interested in space sciences, as it comes after the success of the UAE’s first mission to the ISS. The camp will allow students to learn about the insights of the mission".

The camp consists of hands on workshops on satellites and robotics. In addition to the workshops, students will visit MBRSC’s R&D facilities, which include the Space Technology Laboratories. Students will also learn about the EMM – Hope Probe, the Satellite Development Programme, the UAE Astronaut Programme, and Mars 2117 Strategy.

Adnan AlRais said that the Space Explorer Camp witnesses a huge turnout from students as it gives them the chance to learn about the UAE’s space sciences and programmes.

"The camp is rich in scientific and educational content and teaches younger generations the basics of space sciences and technologies, and prepares them to contribute to the national space sector," added AlRais.

AlRais highlighted that the registration is open, until December 14, for students from the UAE and abroad.