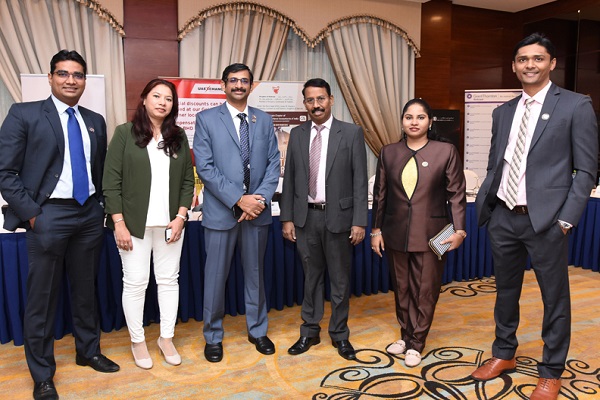 Diyar Al Muharraq, one of the largest real estate developers in Bahrain, has signed up as a key sponsor for the 11th international conference being hosted by the Bahrain Chapter of the Institute of Chartered Accountants of India (BCICAI).

The two-day conference, being held under the patronage of Zayed Bin Rashed Al Zayani, the Minister of Industry, Commerce and Tourism, kicks off tomorrow (November 29) at Diplomat Radisson Blu hotel.

It is expected to draw 500 specialists in the field besides leading businessmen, executive managers, and financial managers from various sectors in Bahrain, in addition to top government officials who will share their diverse experiences over the span of two days.

On the sponsorship, CEO Engineer Ahmed Alammadi said: "Our participation and sponsorship in the 11th edition of BCICAI falls under the umbrella of Diyar Al Muharraq and its firm belief in the positive impact that this event can set in both the financial and economic sectors in  Bahrain, as it extends its support in consultancy to various private and governmental sectors."

One of the largest integrated cities in the kingdom, Diyar Al Muharraq offers a variety of housing solutions in a luxurious modern lifestyle.

Located on the northern shores of Muharraq, it comprises seven reclaimed islands of 10 sq km and total area spanning 12 sq km. Upon completion, Diyar Al Muharraq will encompass over 40 km of waterfront with sandy beaches, and all the elements of a vibrant community.

Established in 1985, The BCICAI held its first official programme in 1986 and the institute has since grown to be successful over the years, said the statement from the organisers.

With more than 450 members, BCICAI is considered the largest organised professional body of Indians in Bahrain. Its members work in various areas, such as the financial sector, investments, and auditing.

The branch in Bahrain is also responsible for liaising with the Chartered Institute of Chartered Accountants in India and the Indian Embassy to conduct accounting examinations in the kingdom.-TradeArabia News Service