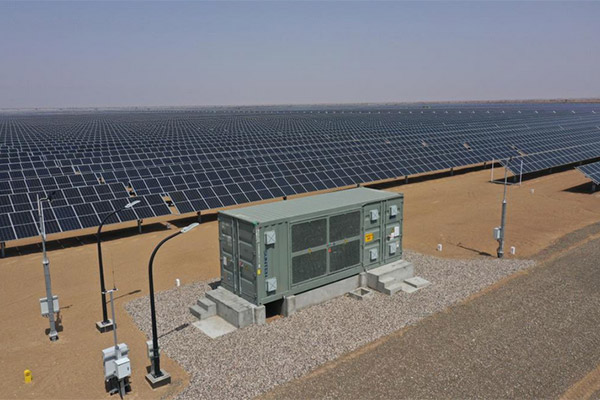 Ibri Solar Project, a 500 megawatt (MW) utility costing RO155 million ($401 million) and the largest renewable energy facility of its kind in Oman, was opened at a ceremony held in the Wilayat of Ibri, Governorate of A’Dhahirah.

The ceremony was held under the auspices of Sayyid Hamoud Faisal Al Busaidi, Minister of Interior.

The project constitutes a partnership between the public and private sectors. Oman Power and Water Procurement Company, an arm of Nama Group, realized the project through contracts with a group of GCC investment firms led by Acwa Power, Gulf Investment Corporation (GIC) and the Alternative Energy Projects Company (AEPC) to set up, own and operate the plant.

The project, established on an area of 13 million sq m, of which 1.5 million was accorded to the double-sided solar panels, uses more than 7,000 sq m of cables.

Mohammed Abunayyan, Chairman of Acwa Power, said that the project will peak in productivity through the generation of power sufficient for supplying 50,000 homes with electricity and cutting down CO2 emissions by 340,000 tons a year.