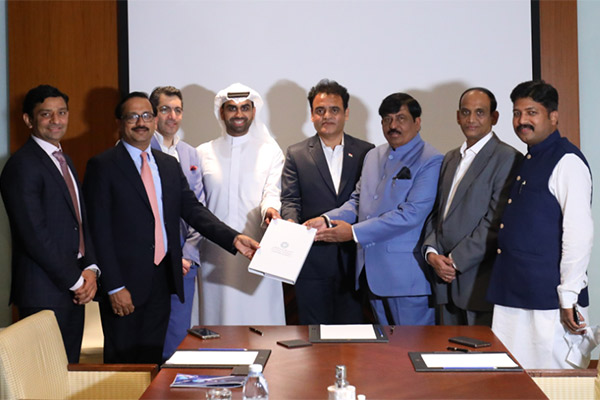 Gulf Islamic Investment (GII), a leading UAE-based Shari’ah-compliant financial services firm with over $2 billion of assets under management, has announced its foray into Karnataka, India with plans to open an office in Bengaluru.

GII’s investment approach in India is sector-agnostic and the firm plans to invest another $500 million in India in the next three years. The company is also keen to partner with Indian start-ups and growth companies in their Middle East expansion plans and is open to collaborating with Indian or global investors in future Indian investments.

Dr Aman Puri, Consul General of India, Dubai said: “We are elated to announce that GII would be opening its office in Bengaluru, Karnataka. Karnataka is the Partner State at India Pavilion at Expo 2020 Dubai this week and is the start-up capital of Asia with Bengaluru housing 40% of India’s unicorns. The UAE is an important partner in India's emergence as an investment destination and in its vision of becoming a $5 trillion economy.”

Mohammed Alhassan and Pankaj Gupta, Founding Partners and Co-CEOs of Gulf Islamic Investments, said: “We are delighted to officially announce our plans to establish a GII office in India’s technology capital of Bengaluru and deeply grateful to the Honorable Dr. Reddy, the Karnataka government, Dr. Puri and CGI Dubai for their diligent and steadfast support as we set-up our very first international subsidiary.

“India represents a prime investment destination for GII and this expansion demonstrates our commitment to future investments in the country’s burgeoning start-up and high-growth enterprise space. Given the success of our preliminary investment rounds through the India Growth Portfolio series, valued at over INR1,000 crores, we look forward to expanding our footprint in India and strategically contributing towards enhancing the India- UAE investment corridor”.

In 2020, GII made its Indian investment debut with India Growth Portfolio (IGP-I) comprising significant minority stake investments in a portfolio of healthcare companies, including an award-winning chain of multispecialty hospitals and the country’s leading in-vitro diagnostics firm.

Since its establishment in 2014, GII has successfully closed over 45 transactions with asset values ranging from $10 million to $500 million across real estate, private equity and venture capital investments. The firm's clients include UHNWIs, family offices, banks, institutions, and sovereign wealth funds in the GCC and Asia. – TradeArabia News Service