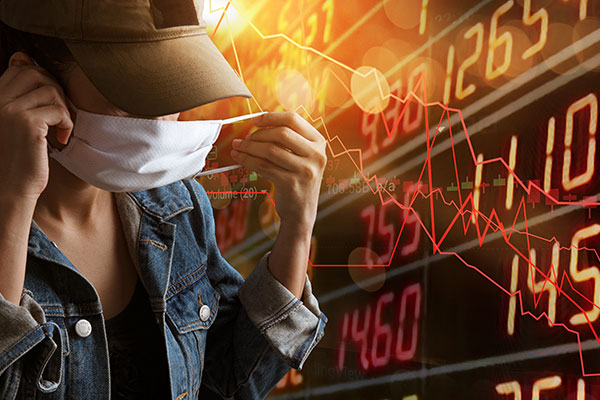 The Covid-19 pandemic is expected to cause the slowest economic growth in 50 years in the East Asia and Pacific ((EAP) region, while 38 million people are estimated to be pushed back into poverty, the World Bank said in a new report.

The World Bank’s October 2020 Economic Update for EAP elaborated that the region as a whole is expected to grow by only 0.9% in 2020, the lowest rate since 1967.

While China is forecast to grow by 2.0% in 2020 – boosted by government spending, strong exports, and a low rate of new Covid-19 infections since March, but checked by slow domestic consumption – the rest of the EAP region is projected to contract by 3.5%.

Domestic economic activity is reviving in some countries that have so far contained the spread of the virus. But the region’s economy is heavily dependent on the rest of the world, and global demand remains subdued.

Prospects for the region are brighter in 2021, with growth expected to be 7.9% in China and 5.1% in the rest of the region, based on the assumption of continued recovery and normalization of activity in major economies, linked to the possible arrival of a vaccine. However, output is projected to remain well below pre-pandemic projections for the next two years.

The outlook is particularly dire for some highly exposed Pacific Island Countries where output is projected to remain about 10% below pre-crisis levels through 2021. Poverty in the region is projected to increase for the first time in 20 years: as many as 38 million people are expected to remain in, or be pushed back into poverty defined as income of $5.50 a day.

“Covid-19 is not only hitting the poor the hardest, it is creating ‘new poor.’ The region is confronted with an unprecedented set of challenges, and governments are facing tough choices,” said Victoria Kwakwa, Vice President for East Asia and the Pacific at the World Bank.

“But there are smart policy options available that can soften these tradeoffs - such as investing in testing and tracing capacity and durably expanding social protection to cover the poor and the informal sector.”

The report warns that without action on multiple fronts, the pandemic could reduce regional growth over the next decade by one percentage point per year, with the greatest impacts being felt by poor households, because of lower levels of access to healthcare, education, jobs, and finance.

School closures due to Covid-19 could result in a loss of 0.7 learning-adjusted years of schooling in EAP countries, according to analysis in the report. As a result, the average student in the region could face a reduction of 4% in expected earnings every year of their working lives.

Large fiscal deficits in EAP are projected to increase government debt on average by 7% of GDP in 2020. The report calls for fiscal reform to mobilize revenue through more progressive taxation and less wasteful spending. In some countries, the stock of outstanding debt might already be unsustainable and require greater external support.

At the same time, the crisis is accelerating pre-existing trends in trade, including regionalization in EAP, a relocation of some global value chains away from China, and faster growth in digitally-delivered services, but also increasing pressure to revert to protectionism.

“Many EAP countries have been successful in containing the disease and providing relief, but they will struggle to recover and grow,” said Aaditya Mattoo, Chief Economist for East Asia and the Pacific at the World Bank.