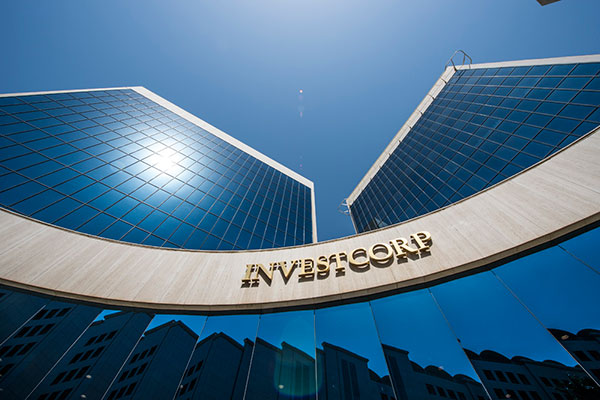 Bahrain-based Investcorp, a leader in alternative investment, said that financial results for the six months ended June 30, 2020 (H2 FY20) and for the full FY20 have been impacted by the Covid-19 crisis resulting in a net loss of $165 million for FY20.

The company reported a net profit of $131 million during the previous fiscal year (FY19).

For the second half of the fiscal year (H2), the company reported a net loss of $213 million as compared to net profit of $73 million during H2 of FY19.

•    The Covid-19 crisis, and its associated effects, impacted the Firm’s profitability as fee income contracted to $288 million for FY20, a decline of 23% compared to $376 million for FY19.
•    Despite reduced fee income, the increased reliance on and stability of recurring fee income helped to cover the Firm’s operating expenses.
•    The sharp recession originating from the crisis also affected the Firm’s asset based income, resulting in a $110 million loss reported for FY20, compared to a gain of $89 million in FY19. The loss was largely attributable to fair value declines related to a limited number of assets operating in secularly challenged industries, mainly retail.
•    As of June 30, 2020, total equity was $867 million and total accessible liquidity was in excess of $1.2 billion. Prudent capital and liquidity management have served the Firm well during this unprecedented crisis allowing a focus on employees’ safety and business continuity.
•    Continuing diversification across geographies, clients and products translated into a broad-based increase in Assets Under Management (AUM) to $32.2 billion, an increase of 14.6% from $28.1 billion in June 2019.
•    Various strategic transactions and initiatives were also completed during the period to further broaden the distribution platform, scale businesses and source investments from new growth areas.
•    Achieved significant levels of investment activity in FY20 of $3.1 billion ($2.9 billion in FY19), placement and fundraising of $4.9 billion ($5.7 billion in FY19) and distributions of $2.6 billion ($4.0 billion in FY19).
•    Even during the Q4 lockdown period the Firm managed to raise $0.9 billion through virtual roadshows and meetings with the closing of two fully subscribed funds in the Credit Management and Absolute Return Investment businesses. Investment activity was also solid with two acquisitions in Private Equity and the pricing of one new CLO. Several exits in Real Estate and Private Equity were also realized in Q4FY20 at no discount to fair values.
•    The size of the balance sheet contracted by 10% despite the impact of $100 million from the adoption of IFRS 16 (new standard defining how companies must account for leases). Balance sheet contraction was partly due to lower valuations, but also as a result of lower underwriting and improved working capital management.
•    Net debt increased to $672 million in FY20 from $499 million in FY19 due to IFRS 16 adoption and completion of some strategic / corporate investments.

Mohammed Alardhi, Executive Chairman, said: “The growth and diversification strategy we introduced in 2015 has helped increase our Firm’s resilience during challenging periods by offering a stronger and more diverse, multi-asset class, global platform. The unprecedented global impact of the Covid-19 pandemic negatively affected our results. We continue to remain confident in our growth strategy, having entered this crisis and approaching our 2021 fiscal year in a position of strength with now $1.2 billion in accessible liquidity and $32.2billion in AUM.”

“While the short-term economic outlook remains uncertain due to the ongoing pandemic, we are committed to advancing our growth strategy and reaching $50 billion in AUM over the medium term. As we move forward, we will continue to leverage our fundamental strengths, including our world-class talent, robust balance sheet and increasingly global and diversified platform to meet our clients’ needs with innovative investment solutions,” Alardhi concluded. – TradeArabia News Service