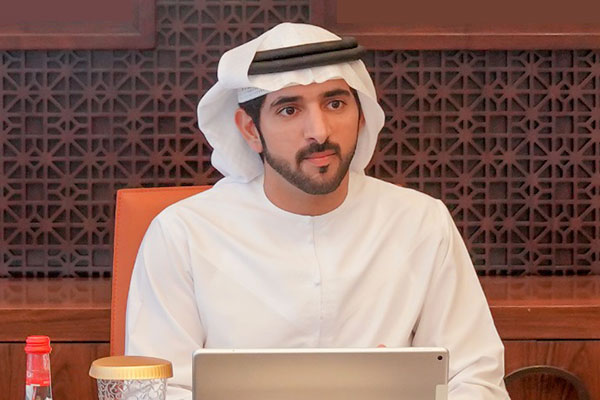 Dubai has maintained its leadership among the world's preferred foreign direct investment (FDI) destinations in the first half (H1) of 2020 despite the repercussions of the Covid-19 crisis and the significant global decline in greenfield FDI flows.

Sheikh Hamdan bin Mohammed bin Rashid Al Maktoum, Dubai Crown Prince and Chairman of The Executive Council of Dubai said FDI has continued to flow into Dubai in H1 2020, with the number of announced FDI projects reaching 190, worth an estimated capital of AED12 billion ($3.26 billion).

The emirate continued to be one of the top global investment destinations while also bolstering its status as one of the world’s safest and most stable investment destinations. The Financial Times’ fDi Markets data points to the diversity and attractiveness of investment opportunities in strategic and emerging economic sectors in Dubai in H1 2020. Dubai ranked first in the Mena region and 11th globally among the top 20 most popular destinations for venture capital investments according to fDi Markets’ Global Venture Capital FDI Ranking 2020 report.

Moreover, data from ‘Dubai FDI Monitor’ indicate sustained FDI flows into Dubai-based start-ups, which exceeded AED739 million in the first six months of 2020.  Dubai was also placed seventh globally among the top 10 global cities in the rankings of the ‘FDI Aerospace Cities of the Future 2020/2021’ report, and ranked second globally in FDI performance in the sector.

Data from ‘Dubai FDI Monitor’ also showed a 53% increase in medium and high technology investments in H1 2020, compared to the same period last year, as per the Organisation for Economic Cooperation and Development’s (OECD) methodology.

Leader in crisis preparedness and stability

Fahad Al Gergawi, CEO of Dubai FDI, affirmed that Dubai is currently one of the world's leading global investment destinations in terms of crisis preparedness and resilience, thanks to the policies and measures adopted by the leadership to navigate the challenges posed by Covid-19. He stressed that FDI projects in H1 2020 were characterised by the flow of capital, technology, and talent into innovation-related projects, in addition to productive and operational capabilities.

Al Gergawi emphasised that H1 2020 data from the ‘Dubai FDI Monitor’ shows the efficiency and speed of the Dubai government and free zones in facilitating the process of establishing and licensing investment projects and companies.

Al Gergawi added: “With the easing of restrictions on movement and travel, we are working closely with investors to facilitate the realisation of announced FDI projects that faced challenges as a result of the Covid-19 crisis."

H1 2020 data from the ‘Dubai FDI Monitor’ shows that 50% of total announced projects are greenfield FDI projects, followed by new forms of investment (NFI) projects (36%), re-investment projects (8%), mergers and acquisitions (4%), and new joint ventures (2%). The US topped the list of source countries in terms of FDI capital flows to Dubai in H1 2020 accounting for 25% of the total, followed by France (18%), Belgium (9%), and UK and China (8% each). These five countries together accounted for 68% of total FDI capital flows to Dubai. – TradeArabia News Service