Bahrain, Abu Dhabi to see rebound in growth in 2021 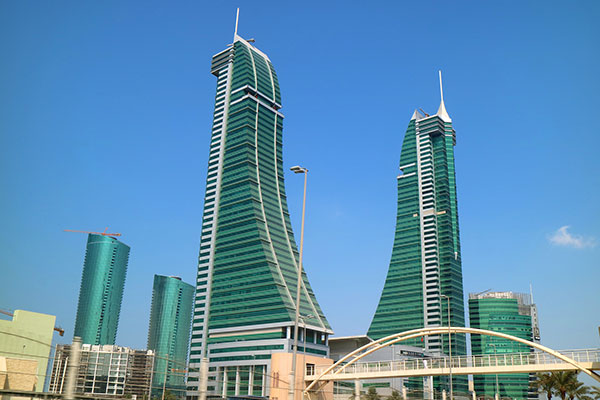 Bahrain and Abu Dhabi will see a rebound in economic growth in 2021 as oil prices recover amid improving domestic demand and activity in the region increases, said S&P Global Ratings in a new report.

Bahrain's neighbours are expected to provide timely support, as needed, in the low-oil-price environment, allowing the government to continue implementing measures to reduce the budget deficit, the ratings agency said in its latest RatingsDirect report.

Although not likely in 2020, ratings will rise over the next three years if Bahrain's budgetary position improves significantly beyond our current expectations, it added. We would also consider raising the ratings if GDP per capita trend growth strengthens.

“These factors are offset by our expectation of extraordinary support, if needed, and ongoing support from other GCC sovereigns, which should enable Bahrain to continue implementing fiscal reforms,” S&P Global Ratings said in the report.

“Income levels in Bahrain are high compared with that in similarly rated peers, and the economy is relatively diverse compared with others in the region. However, trend growth remains weak relative to population growth. Although the government has enacted strong fiscal measures recently, we believe policy choices are constrained by a delicate political and social environment.”

Fiscal flexibility is weak because of the government's high and increasing debt, alongside its budget's dependence on oil. Bahrain's gross external financing needs are among the highest of all sovereigns we rate, but the economy remains in a net asset position.

Monetary policy flexibility is constrained by the pegged currency arrangement and the low level of reserves at the central bank, the report said.

Abu Dhabi's fiscal and external net asset positions will remain strong over the next two years, although structural economic and institutional weaknesses will likely persist, the ratings agency said in the RatingsDirect report.

“We could consider raising our ratings on Abu Dhabi if we observed pronounced improvements in data transparency, including on fiscal and external assets, alongside further progress in institutional reforms. Furthermore, measures to improve the effectiveness of monetary policy, such as developing domestic capital markets, could be positive for the ratings over time,” it added.

“We could consider lowering the ratings if we expect a material deterioration of Abu Dhabi's currently strong fiscal balance sheet and net external asset position. If fiscal deficits or contingent liabilities caused liquid assets to drop below 100% of GDP, pressure on the ratings would develop. We could also lower the ratings following domestic or regional events that compromised political and economic stability in Abu Dhabi.”

Abu Dhabi is expected to see of oil demand through the second half of 2020 and into 2021 as the most severe effects of the coronavirus outbreak moderate.

The exceptional strength of the government's net asset position provides a buffer to counteract the effect of oil price swings and Covid-19 on economic growth, government revenue, and the external account, as well as the effect of increasing geopolitical uncertainty in the Gulf region and the potential crystallization of contingent liabilities, the report added.

Regional geopolitical tensions will, on balance, have a limited impact on Abu Dhabi, and domestic stability is expected to continue, the report noted. – TradeArabia News Service