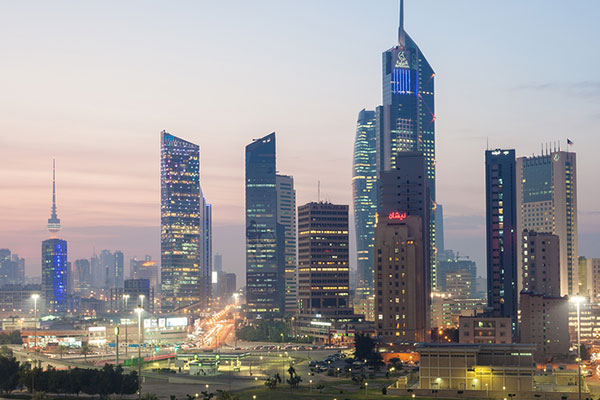 The overall credit profiles of rated banks in Kuwait should remain stable in 2020, barring any unexpected increase in geopolitical risk or a major fall in oil prices, S&P Global Ratings said in a new report published on RatingsDirect.

"Cost of risk (CoR) should further decrease to below 90 basis points for 2020 on the back of steady accumulation of provisions (exceeding 200%) thanks to conservative Central Bank of Kuwait (CBK) regulations. Margin compression should partly rollover into 2020, post the CBK's decision to cut the interest rate in 2019," said S&P Global Ratings credit analyst Zeina Nasreddine, commenting on the report titled "Kuwait Banking Sector 2020 Outlook: Resilience Despite Subdued Growth And Real Estate Concentrations.”

“Concentration in the commercial real estate (CRE) segment remains a key credit risk for banks. Nevertheless, we expect the current real estate price correction period to end in the next 12-24 months, with a limited effect on the banking system,” she added.

“Furthermore, we expect International Financial Reporting Standards 9 implementation to be delayed. This is because we believe the central bank does not want banks to release general provisions, but prefers to keep them as a buffer against potential future risks.