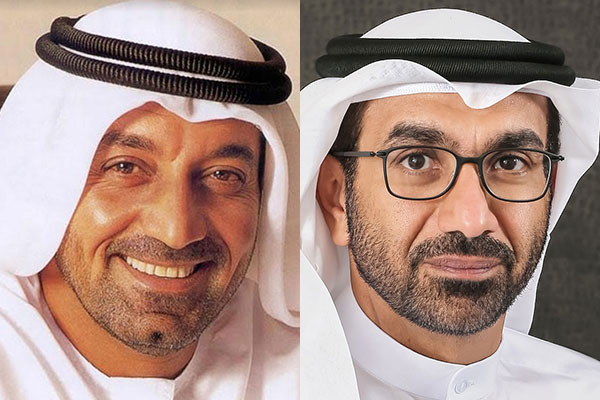 Net interest income increased 26 per cent due to loan growth and non-interest income grew 38 per cent due to higher foreign exchange and credit card related income. Core operating profit grew 4 per cent year-on-year (y-o-y) helped by the inclusion of DenizBank. Total income for 2019 amounted to Dh22,419 million, an increase of 29 per cent compared with Dh17,402 million in 2018.

“The outstanding success of the Rights Issue underlines the confidence of local and international investors in the Bank’s business model and promising outlook. As the official banking partner of Expo 2020 Dubai, we are excited and honoured to be associated with the World’s Greatest Show and look forward to creating a strong social and economic legacy.

“In 2019, we dedicated our corporate social activities to the ‘Year of Tolerance’ through continuous efforts to support People of Determination. As 2020 marks the ‘Year of Getting Ready for the UAE’s 50th Anniversary’, we will channel our efforts to help design the future for the generations to come in the next fifty years,” he added.

“We are delighted to welcome DenizBank into the Emirates NBD family during 2019,increasing the Bank’s presence to 13 countries, servicing over 14 million customers in the MENAT region. In 2019 the Bank raised its Foreign Ownership Limit to 20 per cent and signalled its intention to further increase the limit to40 per cent in due course.”

Shayne Nelson, Group chief executive officer, said:“Emirates NBD delivered a strong performance in 2019 as net profit increased by 44 per cent to Dh14.5 billion. Core operating profit rose 4 per cent as higher income more than offset a rise in expenses and provisions. The Bank’s balance sheet remains healthy and the acquisition of DenizBank helped grow total assets by 37 per cent to Dh683 billion. NIMs improved 7 bps y-o-y to 2.89 per cent, helped by our expansion into Turkey, whilst the cost to income ratio at 32.1 per cent remains within guidance.”

“Emirates NBD is honoured to be named ‘Bank of the Year – UAE 2019’ for the fourth time by The Banker. We have completed the third chapter of our Dh1 billion digital transformation and will conclude the final phase ahead of the UAE’s 50th anniversary. I am confident that we will continue to deliver excellent customer service and superior value to our shareholders while taking advantage of growth opportunities across our regional footprint,” Nelson concluded.

EI delivered a strong set of results for 2019 as net profit grew 15 per cent to Dh1,061 million surpassing, the one billion dirham mark for the first time.

EI reported total income of Dh2,670 million for 2019, an 8 per cent increase compared to 2018. This increase is driven by higher financing and investment activity. Higher net profits were also supported by lower operating costs..

EI’s total assets stand at Dh64.8 billion at the end of 2019. Financing and Investing Receivables increased by 4 per cent to Dh37.5 billion during the year. Over the same period customer deposits increased by 9 per cent to Dh45.3 billion. CASA balances represent 63 per cent of total customer deposits. EI’s headline financing to deposit ratio stood at 83 per cent and is comfortably within the management’s target range.

The bank’s research team estimate that UAE GDP growth reached 2.0 per cent in 2019, up from 1.7 per cent in 2018 as the oil sector contributed positively to overall economic growth.

“However, deeper oil production cuts announced by Opec in December 2019 are likely to weigh on the UAE’s GDP figures in 2020 and we expect GDP growth in the UAE to slow to 1.6 per cent as a result.  Nevertheless, Dubai’s economy is likely to gain momentum this year, with Expo 2020 providing a boost to activity in the Emirate.  We expect Dubai’s GDP to grow 3 per cent this year, up from an estimated 2 per cent in 2019,” an ENBD statement said. – TradeArabia News Service