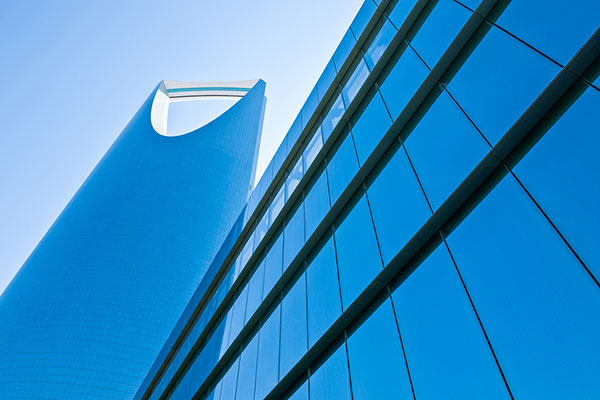 A total of 1,131 new international companies set up operations in Saudi Arabia last year, marking a 54 per cent increase when compared to the 2018 figures and making 2019 a record year for the kingdom’s rapidly-developing business landscape.

The sharp uptick came by as a result of an accelerated effort by the Saudi Arabian General Investment Authority (Sagia) through the Invest Saudi brand to promote the Kingdom’s competitive and open business environment, a Sagia statement said.

Invest Saudi provided an annual overview of the Kingdom’s investment environment in 2019 in its newly-released Investment Highlights Winter 2020 report, highlighting the latest new international business figures, alongside the year’s most important milestone deals, projects and reforms.

In terms of international companies established, the final quarter of 2019 proved to be the busiest period of the year, with the number of new international companies increasing to 305 from 238 during the same quarter in 2018.The report highlights some 150 investor deals that Sagia signed across high-priority Vision 2030 sectors in 2019, from tourism to value-added manufacturing.

Ibrahim Al Omar, Governor of Sagia, said: “Guided by Saudi Vision 2030, our country is undergoing a remarkable economic transformation .The continued prosperity of the Kingdom depends on sparking innovation, attracting foreign investors and empowering the private sector. The positive growth numbers that we have seen in the final quarter of 2019 – and indeed throughout the entire year – represent a significant milestone on the road to 2030.”

Leading growth sectors include construction, manufacturing and ICT, as demand in these industries increases alongside infrastructural development and progress of the Kingdom’s giga projects driving forward in line with Vision 2030.

The Kingdom’s growing foreign investment landscape is underpinned by sweeping economic and social reforms made throughout 2019, aimed at improving Saudi Arabia’s business climate and attracting new investments. The impact of these reforms is being recognized on a global scale: Saudi Arabia was ranked the world’s top improver and reformer by the World Bank, climbing 30 places in the World Bank’s Doing Business2020 report.

Al Omar continued: “The goal of our reform program is to help realize the potential that Saudi Arabia holds for the benefit of Saudi nationals and improve our competitiveness. The investment opportunities that the Kingdom offers international companies also create opportunities for the transfer of skills, expertise and best practice to local communities across the Kingdom, while providing new private sector job prospects for young Saudi men and women.”

“We consider foreign companies who look to Saudi Arabia as growth partners for their business expansions– whether they seek a joint-venture with Saudi companies or choose to set up on their own. Out of the new international companies setting up in Saudi Arabia in 2019, 69 per cent were full foreign ownership while 31 per cent were joint venture partnerships with local investors. Our 2019 figures therefore demonstrate how integral new international businesses are to the success of our journey toward 2030,” he added.

The 1,131 new companies that were established in 2019 represent a diverse range of global markets. Strong growth comes from long-standing and strategically-important Saudi partners such as the US and the UK, with 100 UK companies and 82 US companies setting up in 2019 compared to 24 for both countries in 2018.

India, Egypt, Jordan and China were also among the top countries represented, with India’s share of the market increasing dramatically from 30 companies established in 2018 to 140 in 2019, driven by high-profile royal visits to the country in February 2019. In addition, other top countries from 2018, Jordan and France, were well-represented in 2019.

Al Omar concluded: “We want to make it easier for foreign companies to set up and do business in Saudi Arabia. We have taken global best practice models and combined them local knowledge and insights in order to eliminate unnecessary barriers to doing business, while making it easier for our new partners from abroad to understand our unique Saudi culture and customs and how they can better integrate and contribute.”

Sagia has played an important role in attracting foreign companies to establish operations in the Kingdom throughout 2019, facilitating a series of high-level investor forums in countries such as China, India, Germany and South Korea, as well as hosting delegations to the Kingdom from the US, UK, Japan and Russia.

Sagia is also launching high-profile campaigns at key global events leading in to 2020, such as the World Economic Forum in Davos, to raise awareness of the valuable and diverse investment opportunities that Saudi Arabia offers. – TradeArabia News Service